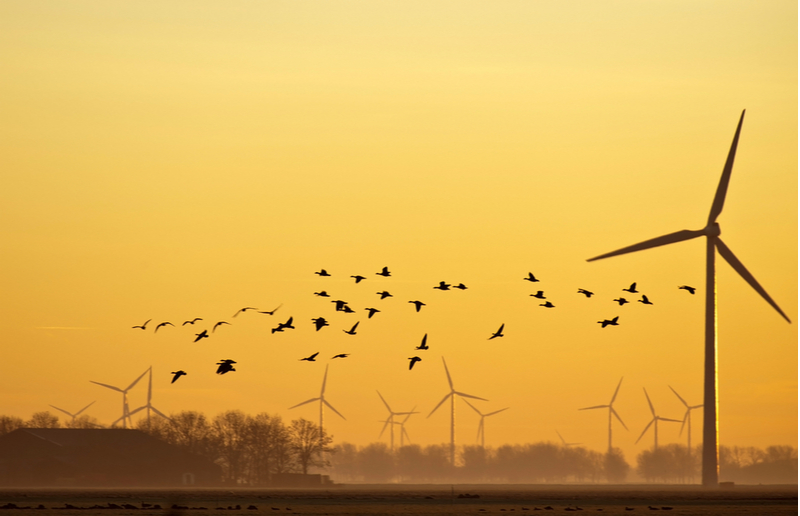 “You want to see a bird graveyard? You just go. Take a look…Go under a windmill someday. You’ll see more birds than you’ve ever seen, ever, in your life.” President Trump has been vocal about his distaste for what he calls “windmills” – or what industry experts and the general population refer to as wind turbines – for quite some time now.

And his claims have been echoed by others, too. During a Houston energy conference in 2018, Interior Secretary Ryan Zinke claimed wind turbines cause 750,000 bird deaths each year.

Wind-generated energy has become one of the leading forms of renewable energy, with Texas producing by far the most wind energy in the country. So is it true that wind turbines are causing increased levels of bird deaths?

The relationship between wind turbines and avian deaths

In a nutshell, turbines do cause bird deaths. But not nearly as many as Zinke’s claim may lead you to believe. According to the U.S. Fish & Wildlife Service (FWS), wind turbines kill between 140,438 and 327,586 birds each year. The FWS estimates the average annual number of bird deaths to be approximately 234,012 per year, far below Zinke’s number, which is not supported by any published estimates.

In reality, wind turbines are not the guiltiest culprit when it comes to bird deaths. For context, cats kill an estimated 2.41 billion birds each year in the U.S. alone. And in terms of human-caused avian deaths, collisions with buildings and glass windows account for approximately 599 million birds.

Why do wind turbines cause bird deaths?

According to the FWS, the main factors that lead to higher rates of bird deaths are location and turbine design.

The location of a wind farm and placement of each turbine can lead to more bird deaths. Some areas are a higher risk for impacting bird populations than others. For example, turbines in California normally yield more bird collisions than those in the Great Plains region.

Some reports estimate older wind farms have a higher likelihood of killing more birds compared to their newer counterparts. In recent years, experts have published studies revealing how turbine location can impact bird populations. Currently, wind farm developers are expected to put more thought into the location of the farm and the turbines in order to lessen the impact on native birds.

The risk of collision stems in part from the height of turbines and the reach of their blades. Turbines normally range in height from 328 to 639 feet. The taller these turbines become, the more likely they will result in bird collisions.

The main solution for lowering the risk of bird collisions is properly studying a potential site before building a wind farm. The FWS is currently developing a scientific method for proper siting that may help wind farm developers avoid or mitigate the negative impact to birds’ habitat and migration patterns.

Turbine developers have also experimented with the turbine design in an effort to lower the risk of bird collision. One method has been to install lighting on the turbines, although this has not yielded significant improvement. A more advanced technique is to use radar and GPS technologies to detect nearby flocks and turn the turbine blades off to minimize danger for the incoming birds.

Developers have also experimented with how different colored turbines affect bird collisions. A 2010 study theorized purple wind turbines might cut down on the number of nearby insects and thereby reduce the number of birds as well.

Another potential improvement to current turbines is the Bat Deterrent System, developed by NRG Systems. Bats – another common victim of wind turbines – use echolocation to navigate their surroundings. The Bat Deterrent System produces an ultrasonic acoustic field that repels the bats away from the turbines. While this system sounds promising for many bat species, NRG says birds are not able to hear ultrasound, and so this innovation will likely have little impact on the amount of bird deaths.

Some companies are composing research into the flight patterns of several bird species. Using a GPS chip, these companies are able to track birds’ motions as they fly in the hopes of being able to develop smarter turbine blades in the future.