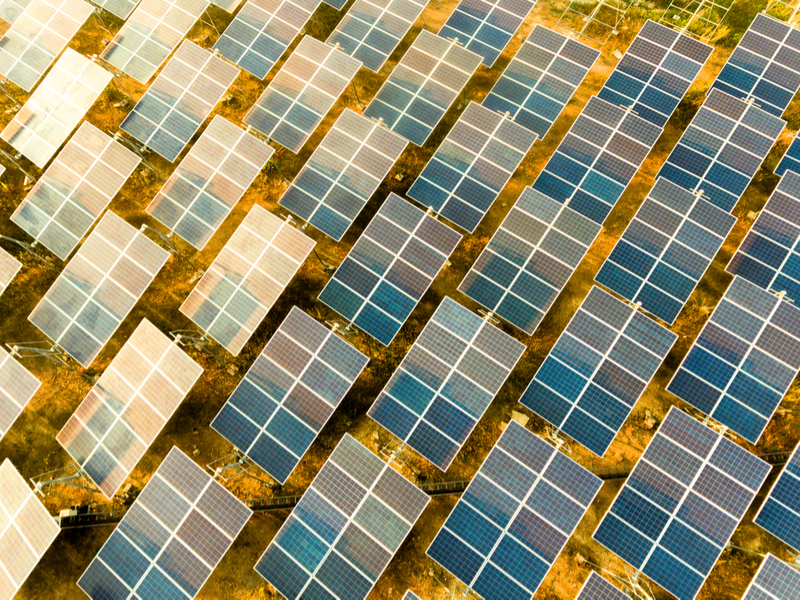 In search of good money and good jobs, people migrate to cities and towns worldwide like never before, squeezing in on tighter available land spaces. The movement creates a unique niche of clean energy demand for one company, which took the lead on commercialized floating photovoltaics in France about 10 years ago. Since then, the approach has flourished in several countries, and waterway partnerships gaining momentum across the U.S.

Chris Bartle, business development manager for Ciel & Terre USA, says floating solar panels are getting off the ground large scale, pointing to several international projects, especially in places where land is at a premium. Over time, the concept could save hundreds of millions of acres of farmland, while helping meet the insatiable demand for clean energy.

“There’s many more to come. We are very, very busy,” Bartle says.

While the company holds a stronger presence in Asia, he said it is on a path to service clients in 30 states with floating photovoltaics.

“Island nations like Japan are perfect for that or places like California, where land is so expensive. It’s better used for agriculture or housing or other purposes than solar farms,” he explains.

One challenge toward getting up and running more broadly has been its target market for project development. Municipalities and water districts, which own large water reservoirs – are not known for moving quickly. That aside, he describes the setup as relatively quick and easy.

“It’s like a Lego system. You could literally train an 11-year-old to build these things,” he says. “The payback periods are comparable to traditional ground and roof mounted systems, and any UPC contractor can be trained to install them.”

In terms of surface area, one MW of its system takes about 2.5 acres, comparable to a small utility scale install. Another important benefit of the floating PV system – it reduces evaporation, making it particularly useful in places such as California that have suffered years of severe drought.

“One water treatment plant came to us with the primary reason that they wanted to control algae growth in their reservoirs. The electricity benefit was just a bonus for them,” he said.

Floating PV is surfacing in ponds and lakes around the world

Floatovoltaic technology is seeing a 100-fold increase in usage in recent times, according to the World Bank Group and SERIS. The international institution, which provides financing for capital projects, highlights the ups and downs of the technology, as well as its significant potential to provide clean energy, in its report, Where Sun Meets Water.

It supports floating PV but emphasizes a greater need to monitor existing projects for positive and negative impacts into the future, along with establishing policy standards. Among challenges are concerns about long-term reliability and cost.

“Marine-grade materials and components are critical for these installations, which must withstand rough weather. Operation and maintenance costs for nearshore PV are also expected to be higher than for inland installations,” the report says.

Floating PV is still in the early stages of development. The report calls for active dialogue with public and private stakeholders, and to learn the lessons of current models as a guide for development with future projects.

As the technology accelerates, the U.S. Department Energy’s National Renewable Energy Laboratory estimates that it could supply 10 percent of the nation’s energy needs. The country currently gets only about 1 percent of its electricity from solar.

“The most conservative estimate of floating solar’s overall global potential based on available man-made water surfaces exceeds 400 GWp, which is equal to the 2017 cumulative installed PV capacity globally,” the report says.

Installation costs are still comparatively high, but the price is anticipated to decline as the technology becomes more utilized. Among other highlights, the report says floating solar is faster to deploy than land-based installation because site preparation is not needed for leveling or laying foundations, and there are low anchor or mooring requirements.

Last year in Walden, CO, Johnson Controls teamed up with Ciel & Terre, and the nonprofit Grid Alternatives to complete a 75-kilowatts floating solar photovoltaic municipal system. That $400,000 project bought good jobs to the community, as well as an estimated $10,000 a year in energy savings. The array at the Town Water Treatment Facility will treat drinking water and help limit pond evaporation.

“This is a monumental project for our town and will help to further our reputation as a leader in sustainability,” said Jim Dustin, mayor of Town of Walden. “We knew Johnson Controls was the perfect partner for this project as a prequalified energy services company through the CEO performance contract program and their extensive solar experience. This project is a testament of what can be achieved with a little bit of sun, multiple state agencies and private industries working together for one common goal – and provides a great example for other towns across the state and country to emulate.”