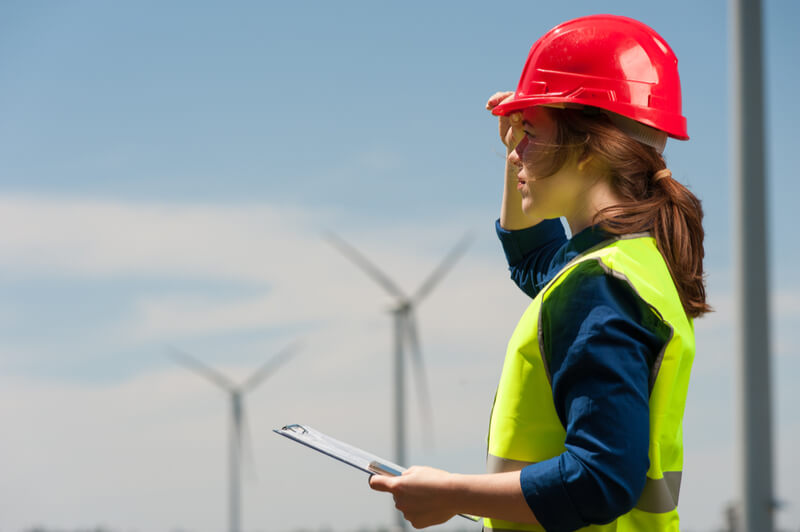 The Texas energy sector appears to be changing, at least in terms of its workforce. The U.S. Bureau of Labor Statistics (BLS) predicts that there will be significant growth in green energy jobs in the Lone Star State during the 2020s.

Top 5 fastest-growing jobs in the U.S.

One of the factors driving this renewable energy job growth is a major buildout of solar power capacity. The Electric Reliability Council of Texas (ERCOT) estimates Texas solar capacity could more than double from 7,000 megawatts in April 2021 to 17,000 megawatts by June 2021.

Ken Medlock III, director of energy studies at Rice University, told the Houston Chronicle that demand for workers in renewable energy projects is reaching “fever pitch.” The Austin American Statesman reported that there are currently 254,000 advanced energy jobs in Texas compared to 161,000 in oil and gas.

The need for more green energy workers stems from a huge growth in renewable energy generation in 2020. According to the EIA, green power sources rose to 21 percent of all electricity generated in the U.S. in 2020. This marked the first time renewables passed nuclear and coal generation.

Renewable energy developers appear to be optimistic about the future. The American Clean Power Association projects that wind, solar, and battery facilities worth between $20 billion and $25 billion are either under construction or in development in Texas. This is more than the next three states combined.

The expansion of the renewables sector is supported by the federal government. The Biden administration is offering tax credits and other incentives for wind and solar projects.

The strong renewables outlook also shows that criticisms of wind and solar after the winter storm haven’t put developers off investing in Texas. Gov. Greg Abbott and other lawmakers blamed unreliable renewables for the power outages in February. However, figures following the storms showed that frozen equipment at gas and coal plants was the main reason for the rotating blackouts.

Still, some experts believe the aftermath of the storm could slow the renewables boom slightly. As Oliver Metcalfe, an analyst with research firm Bloomberg NEF explained, some developers and investors “got burned” during the Texas storm. As a result, they may be reluctant to launch new investments. Metcalfe adds that he expects a drop off in wind installations beginning in 2022.

How will green energy job growth impact you?

If the projected boom in renewables takes place, wind and solar will play a much bigger role in your Texas energy supply. Advocates say the decreasing cost to generate renewable energy will help keep your energy bills low. However, critics warn that relying entirely on renewables could threaten grid reliability.

If you live in a rural area, the buildout of renewables could also impact how land in your area is used. The best locations for renewables are in rural areas of west Texas, while the greatest demand for energy is in densely populated urban areas. A substantial increase in transmission lines would be needed to transport electricity to areas with high demand.

Supporters of renewables say the money offered to ranchers to allow transmission lines to pass through their land would be a new source of income for them. Meanwhile, environmentalists caution that a major transmission buildout could harm the local environment and wildlife.