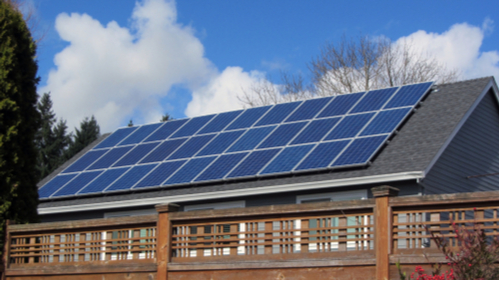 Many homeowners are taking global warming seriously, according to a new survey/study by Porch, a home services platform that connects homeowners with home improvement and repair professionals. These are some of the things that they’re doing to lower their energy consumption, and in the process, lower their energy bills.

“Installing energy-efficient appliances is the most popular way that homeowners are trying to make a difference,” according to Hannah Smith, the study’s project manager and creative consultant for Porch. “Over 70% of respondents are willing to make this change.”

The second and third most popular steps are to monitor energy consumption (65%) and water usage (57%).

A much smaller percentage of survey respondents (17%) are also putting in drought-resistant landscaping.

Homeowners are also making various changes to their homes to protect against natural disasters triggered by existing climate change.

Almost half of the surveyed homeowners also built a basement or cellar to provide shelter and safety from tornadoes. And that’s a particularly good idea for homeowners in the South. According to the National Oceanographic and Atmospheric Administration, through the beginning of May, Mississippi had 83 tornadoes, Alabama had 71, Texas had 62, and Georgia had 53.

A smaller number of homeowners (30%) raised their foundation to prevent flooding, and 27% braced unreinforced chimneys, masonry, or foundation concrete walls in case of earthquakes.

When looking for a home, survey respondents said the top priority was finding a place in proximity to their job. “Almost 92 percent thought this was the most important feature, followed closely by selecting homes with energy-efficient appliances,” Smith says.

Proximity to work means they’ll spend less time driving or stuck in traffic. “Fewer miles driven means fewer emissions,” Smith explains.  And depending on how close they are, it could mean the ability to bike or walk to work.

Also, while some people believe that appliances should be a minor consideration when buying a home, these items can be expensive. For a homeowner who wants all energy-efficient appliances, this means a refrigerator, freezer, dishwasher, washing machine and clothes dryer, which can add up to thousands of dollars.

More than 80% of respondents want hardwood floors, which are eco-friendlier than carpet, tile, and linoleum.

Over half of homeowners also think the following features are important:

“While solar power currently accounts for just 1 percent of the world’s electricity, studies show solar energy could grow by 6,500% by 2050,” Smith says. And solar is particularly important to millennials, “According to our survey, 54 percent of millennials identified solar panels as a priority when shopping for a new home.”