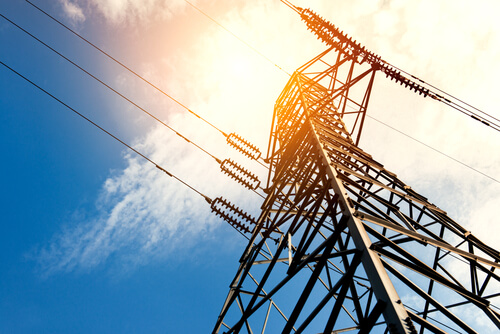 Hydrogen may be the key to decarbonizing the energy grid and transport system. Advocates predict the business could be worth an impressive $130 billion in the United States just 10 years from now, and that Texas is well positioned to play a leading role in this emerging energy market.

In addition to reducing carbon emissions in the energy, industrial, and transportation sectors, hydrogen can also offer new business opportunities in the form of infrastructure projects. According to Bob Hebner, director of the Center for Electromechanics at the University of Texas at Austin, “In Texas, we have a natural advantage and federal investment to leverage larger global investment.”

“We are already among the domestic leaders in hydrogen production and existing hydrogen pipelines, thanks to a robust petrochemical industry. We have the physical infrastructure to produce hydrogen by reforming natural or landfill gas, or through electrolysis driven by nuclear, solar or wind power,” Hebner explained.

Hebner sketches an ambitious plan that he hopes can be realized with the support of legislators and the Governor, who can “begin the conversation with Texas industry and academic leaders to focus state activities and leverage global opportunities.”

The International Renewable Energy Agency (IRENA) is also extremely optimistic about the prospects for hydrogen around the world. It distinguishes between three different types:

In a report prepared for an international energy ministers meeting in 2019, IRENA explained, “Hydrogen from renewable power is technically viable today and is quickly approaching economic competitiveness. The rising interest in this supply option is driven by the falling costs of renewable power and systems integration challenges due to rising shares of variable renewable power supply.”

The possibility of storing hydrogen to be converted into energy for use when output from renewable sources declines could be particularly useful for states such as Texas, where wind power has surpassed coal to become the second most important energy source. Advocates believe that it could serve as a source of energy on calm days, which involves a process called electrolysis.

“Power is cheaper at certain hours or in certain seasons,” said Reichelstein. “So if you combine a solar photovoltaic facility or a wind turbine with an electrolyzer, you can sell electricity to the market when prices are high and feed your electrolyzer to make hydrogen when prices are low. Hydrogen production effectively becomes a price buffer.”

European governments are equally optimistic about the role hydrogen can play. As part of the European Union’s plan to rely on renewables for over 80 percent of its energy needs by 2050, around 50 gigawatts of electrolyzers are planned for construction.

Hebner also points to the role Texas could play in the market for hydrogen-powered vehicles, which appears set to grow. The Chinese government, for example, has invested $8 billion to support the construction of hydrogen-powered trucks. “Texas can supply hydrogen and key components in the supply chain,” wrote Hebner.

Nikola, an Arizona-based company, has already set the ambitious goal of building 14,000 hydrogen-powered trucks by 2028. It also intends to construct a network of 700 stations across the country to power its vehicles with hydrogen produced by renewable energy. However, they will face competition in the market for low-carbon vehicles from a range of established auto companies, including Daimler and Tesla, both of which plan an expansion of battery-powered trucks.

Challenges in the industry remain

The main outstanding hurdle preventing the use of hydrogen for energy storage is cost. Strong competitors, especially batteries for utility-scale storage and electric vehicles, currently appear to have the competitive edge in the clean energy sector.

Reichelstein estimates within three to five years, the power-to-gas systems he studied will be widely competitive for large-scale hydrogen production. It remains to be seen whether this technology will give batteries a run for their money.

Another concern is that hydrogen is flammable, which may fuel concern in local areas where the new technologies are used. Last year, a hydrogen filling station in Norway exploded following a gas leak. Hydrogen Europe, an industry body, countered any concerns at the time by stating that it is no more hazardous than other fuels, such as gasoline.