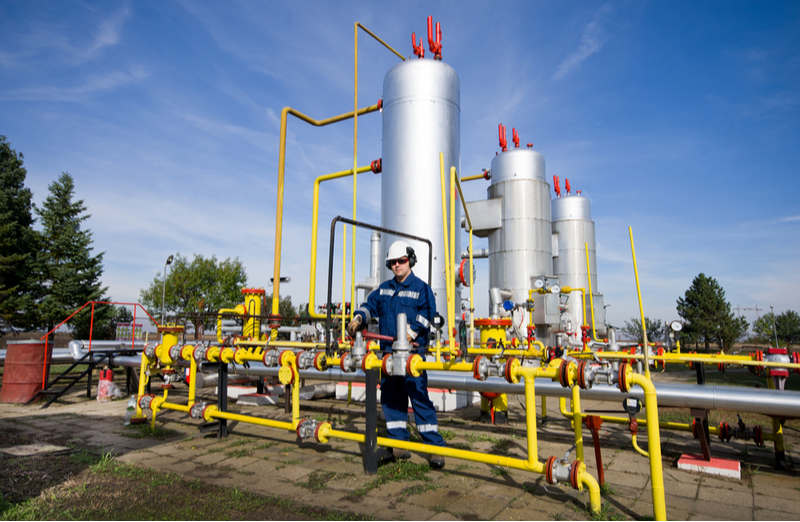 Although a growing number of states and cities are adopting policies to increase the use of renewables, natural gas will continue to play a critical role in the U.S. energy market in the next two decades, according to a new study.

The Role of Natural Gas in the Transition to a Lower Carbon Economy, by Black & Veatch for the Interstate Natural Gas Association of America, argues that natural gas and gas infrastructure will ensure grid reliability and be a critical export as other countries seek competitive energy solutions.

INGAA is a trade association representing pipeline operators. The study examines the role of natural gas within the context of two future scenarios.

The study concludes that in both cases, “Natural gas will remain a significant contributor to the energy portfolio and economic growth of the United States” through 2040. In addition to traditional uses, such as residential and commercial power generation, the authors argue that the boom in gas exports to Mexico and the global market will require a substantial expansion of pipeline infrastructure.

Pipeline capacity will also need to grow, they suggest, because gas increasingly will need to be supplied to different areas with little notice, such as when renewable energy is not available as expected due to the weather. The study suggests that consumers must be willing to pay for such pipeline upgrades.

In addition to the need to meet sudden changes in demand, the study contends that natural gas and its related infrastructure will continue to be critical in compensating for the daily and seasonal variability of renewables. Peaker plants will be one way for natural gas to provide “flexible, fast-ramping generation or energy storage,” the authors write.

While they accept that the rapid decline in battery costs and technological improvements in battery storage will emerge, they consider this development to be modest for most of the period under review in the report. Current battery technologies “do not support the full range of flexibility needed, including seasonal and daily variations,” they argue, leading to conclude that gas plants will not be displaced by batteries.

“Even assuming technological advancements, declining life cycle costs, and solutions for disposal issues, battery storage may become economically comparable to gas-fired generation only toward the end of the analysis period,” the study states.

Can the industry continue to grow?

The study also takes note of the rapid growth of the shale gas sector over the past decade, which now accounts for about two-thirds of U.S. dry gas production. Since 2010, shale has grown by 20 percent per year as a segment of gas production. Over the coming decade, shale output is expected to experience double digit growth rates, according to observers.

This production boom could turn out to be a problem for some natural gas companies, however. According to research by the Boston Consulting Group, demand for natural gas may not be able to keep pace with supply, leading to an abundance of gas that would push down prices and prevent the expansion of new projects.

Unlike the Black & Veatch analysis, BCG sees demand for natural gas slowing as early as the late 2020s and potentially plateauing by 2030. The BCG research is less optimistic about the ability of natural gas to compete with new battery technologies and points to the potential impact of measures to decarbonize buildings on the demand for gas to heat them.

Additionally, the BCG researchers caution that the expected boom in natural gas exports could turn out to be less spectacular than some industry analysts hope, particularly due to the increased use of tariffs in US trade policy.

“The effects of these trends will be felt by businesses all along the full natural-gas value chain: utilities, power generation companies, and equipment manufacturers,” the BCG research states. “Indeed, some gas pipeline operators and local distribution companies could face fundamental challenges to their businesses. These companies need to plan ahead, reorient their investment plans, and safeguard their businesses now so that they can continue to thrive when the growth in demand for natural gas is constrained but supply is abundant.”