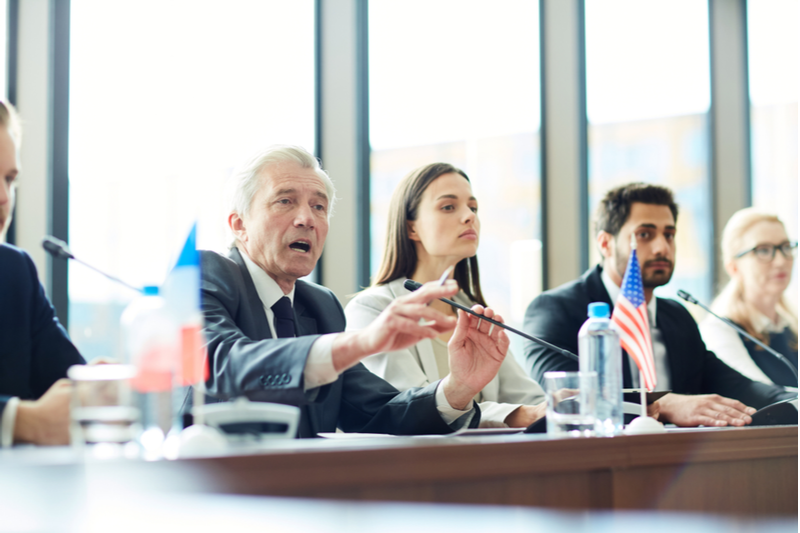 Gas companies pushing their products as the greener alternative consistent with decarbonization goals have some climate activists pushing back, claiming that no amount of greenwashing can get fossil fuels clean enough.

Greenwashing, by definition, affords greater access to renewables market share, helping draw investments into the brown infrastructure. That idea is not new. But in place such as California, are moving toward 100% Zero Emission goals, gas companies may wonder what’s to lose in an electrified future.

Matt Vespa, staff attorney at EarthJustice, said brown companies are getting much smarter lately about nudging policymakers toward sponsoring greenwashing legislation to offset the built-in threat to the current gas business model.

“They’re greenwashing to suggest that combusting gas is actually green,” he said.  “They know that gas is still gas, and gas combustion is inherently polluting.”

To effectively deal with climate change, he emphasizes the state needs to electrify applications for everything, totally on renewable energy. That includes breaking away from gas water and space heating in homes and businesses.

Transitioning from combusting fossil fuel to zero emissions must be the priority, he adds, “the same thing would be said of the vehicle sector, going from combustion engines to Zero Emission vehicles.”

At this point, electric companies are making some moves toward a clean future, and they’re even cutting a reasonable profit. But for gas companies, he sees the only real green solution as a managed decline of their products.

“Electric companies have a business model that works in an era of climate change. They can also make a decent profit without contributing to greenhouse gasses,” Vespa said. “Their gains are real.”

Usually, money and technology take the lead on the GHG debate, but low-income communities are the ones most trapped in areas where trucks and trains roll. They bear the brunt of ozone and particulate pollution.

Several California cities top the list for worst air, according to the American Lung Association’s recent State of the Air 2019 report.  Anyone who is young, the elderly, people who regularly exercise outside, people with lung diseases, heart disease or diabetes, along with those in low-income communities, face greater risk.

ALA is calling to keep the decades-old Clean Air Act intact and increase congressional efforts to adopt science-based solutions toward emissions reduction. They are now urging states and local governments to strengthen plans to reduce power plant carbon pollution.

“Approximately 43 percent of the population, or more than 4 in 10 Americans, live in counties that have unhealthy ozone and/or particle pollution, an increase from the past two reports. More than 20 million people, or a little more than 6 percent, live in 12 counties that failed all three measures,” the study states.

Madeline Stano, Greenlining Energy Equity Legal Counsel, points out that any climate change discussions must include those who are often missing from the green argument.

She emphasizes that the state and utilities mainly look to the macroeconomic cost benefits, while clean energy sources such wind and solar offer the best community-based benefits without the same localized pollution impact.

Currently, Greenlining is involved with the San Joaquin Valley proceedings under legislation passed in 2014 and is now being implemented there. Eleven pilot projects have been approved, with most projects transitioned from fuel to all electric appliances. Nearly all of the area’s electric is powered by community solar projects.

That advocacy effort is small scale and clean, led by local community-based organizations in partnership with Greenlining Institute.

“Residents took the lead on the solutions they wanted,” Stano explains. “They also had a history of being redlined out of energy services. They are getting affordable energy options to these communities that were excluded from the natural gas grid in the 20th century.”

A few locations will get an extension to their natural gas line, which is comparatively cleaner. “Some of these folks were relying on wood burning and propane prior to that. It’s still less polluting and less damaging. It’s certainly more comfortable for folks inside the homes and much more affordable,” she adds.

Through several laws, the state is committed to decarbonizing the economy, but she stresses the importance of not missing the bigger piece of the pollution puzzle.

“It’s not just about less damaging options than our status quo,” she said. “One way is to really get in and change some of the tests that the PUC is using to make their investment decisions around clean energy.”

Dianne Anderson covers education, health, and city government stories with an eye on legislative impacts to diverse communities. She has received awards from the American Cancer Society – Inland Empire, and the Southern Poverty Law Center.