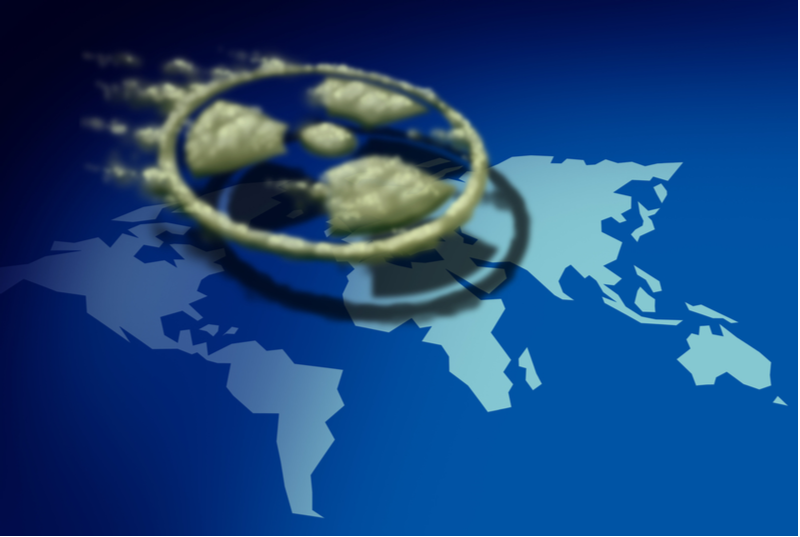 Nuclear dread has stunted its development as a power source. (Image credit/Shutterstock)

Editor’s note: Today, Choose Energy reporter Jenna Careri continues a series of articles on nuclear power, where it stands in the U.S. and where it’s going. Click here to read from the beginning.

It’s a fact: Nuclear energy is THE safest major energy source. It supplies 10 percent of the world’s electricity, with 30 percent of that coming from U.S. nuclear reactors alone. With next to no carbon dioxide emissions. Yet nuclear remains one of the most controversial technologies on the energy market. Why?

Nuclear power is by no means perfect. Reactors cost years and millions of dollars to build. Renewables such as solar and wind are less polarizing and increasingly cost competitive. There’s no permanent U.S. disposal site for nuclear waste. Which after all, is radioactive. But that’s not really what’s holding nuclear back.

When it comes to nuclear power, is it all in the name?

Why is there public opposition to nuclear power?

Nuclear energy is clean, reliable, and efficient. As with coal and natural gas, it’s a baseload power source not limited by wind or sun that can meet minimum grid supply at any given time. The only carbon emissions are the those produced in plant construction and mining. So, what’s the problem?

“Following the Cold War and nuclear arms race with Russia, the collective American psyche has been primed to dislike and distrust anything related to ‘nuclear,’” said Bryan Jungers, a nuclear expert from the energy efficiency research company E Source.

“By comparison, France – which produces the majority of its power from nuclear – has not experienced major disasters or major conflicts over nuclear armament, and the populace there is still mostly in favor of continued use of nuclear power,” he said.

The United States’ history with nuclear as a whole is anything but simple. Starting with the first A-bomb, the country’s atomic culture has varied from moments of elation to hatred, with pop culture taking full advantage of the theatrical pull of mutant creatures and “atomic Armageddon.”

Though the atomic bomb and nuclear weapons have little to do with today’s nuclear reactors, it doesn’t stop people from seeing an inherent connection. “People think so, and, physically, there is. The similarity is that both use nuclear fission to release energy and employ extreme safeguards to release that energy only as planned,” said Curtis.

But, he says beyond that, the technologies are entirely different. “It is important to note that nuclear fuel is designed so that it physically cannot reach critical levels sufficient to produce a nuclear bomb effect. It is like burning gas in a car vs. a gas tank blowing up.”

“Past accidents at nuclear power facilities play a significant role in mobilizing anti-nuclear sentiment,” said Utilis Advisory Group member and nuclear author Alan Herbst. “Prior to all three of these events, public opinion polls showed the majority of the population had a favorable opinion of nuclear power.”

Three Mile Island had no casualties. The casualties at Fukushima were caused by the natural disasters, not the nuclear plant. Chernobyl, the subject of a popular TV series on HBO, was the result of human overrides and a faulty reactor design that the U.S. doesn’t use. It’s unlikely to happen again without extreme human error.

The damage to nuclear’s reputation, though, has been done. According to researchers at Oregon State University, energy usage depends as much on the ability of the technology as it does on the public’s personal experience with it. For nuclear, that’s a losing battle.

“Industries should, through two-way communication, seek to understand and address the origins of the public disquiet about a technology,” the Carnegie Mellon and UC San Diego study states. “Both planners and industry should learn from the failure of the nuclear industry to close the long-lived gap between the actuarial and dread risks of their energy technology.”

Herbst sees an opportunity to close this gap through wider public education. Beyond the U.S., he says, the industry can expand its reach into developing countries.

“Position the ‘product’ so that it’s ‘advertised’ as a carbon-free solution to baseload power production and can potentially bring inexpensive electric power to the billions of people in the world who currently don’t have access to electric power,” he said.

Here at home, meanwhile, education might just be one piece of a larger puzzle.

“Education is the key.  Unfortunately, the scare side of nuclear is financed much more than the efforts to bring out the facts,” said Curtis. “It is much easier to scare people than to calm people.”

He suggests capitalizing on new, safer nuclear technologies like Small Modular Reactors. These are much smaller than typical reactors and buried underground, so they’re safe from electromagnetic pulse attacks.

“Since they are buried, they are shielded and protected from EMP attacks which make them ideal for ‘islanding’ power in ‘micro-grids’ which can function on their own to deliver electricity to customers even if the larger grid system is down,” he said. “The challenge here is to educate the public regarding their great advantage and very low danger envelope.”

Lowering Americans’ nuclear dread depends on reducing disaster potential, echoes Jungers. The same goes for radioactivity, which he says can be mitigated by swapping the common uranium and plutonium reactors for a liquid fluoride thorium reactor (LFTR).

“It is inherently much safer, uses a much more abundant fuel, and produces a relatively inert waste product that cannot easily be re-enriched and weaponized,” he said. “It would quell their fears about disaster and weapons potential.”

Jungers also suggests something even more simple: a nuclear rebrand.

“Very recently, the DOE issued a press release demonstrating its intention of rebranding natural gas as ‘freedom gas.’ Perhaps the nuclear power industry could benefit from a similar marketing effort,” he said.

It remains to be seen if “freedom nukes” would have the same ring.

Next in the series: The decline of U.S. nuclear power, June 20.

Jenna Careri is a writer covering the environment and energy industry. She is a Massachusetts native and graduated from the University of Massachusetts Amherst with a bachelor’s degree in journalism and French.