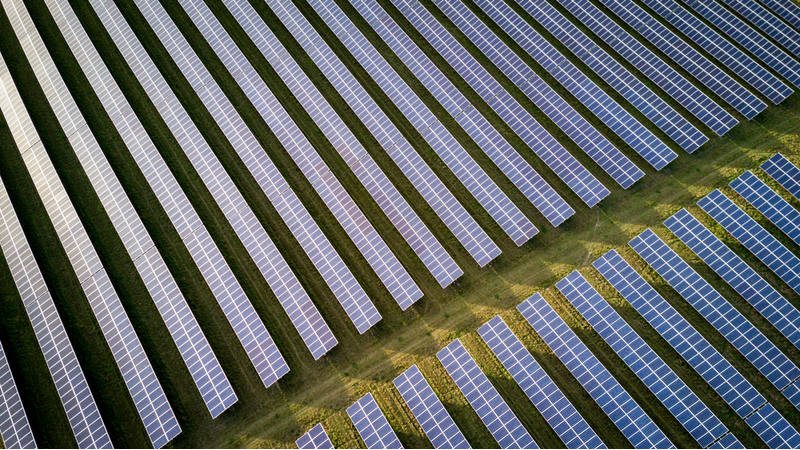 The Goldsmith solar project will provide power for an enhanced oil recovery field operation in the Permian Basin. Additionally, Occidental announced a long-term purchase agreement of 109 MW of solar energy.

“Occidental is taking an important step towards realizing our aspiration to become carbon neutral through the use of emissions-free solar electricity,” states Vicki Hollub, president and CEO of Occidental. “Using solar energy in our operations is another way Oxy Low Carbon Ventures is enhancing the profitability and sustainability of our business while meeting the challenge of reducing atmospheric greenhouse gases.”

The Goldsmith solar effort reflects Occidental’s initiative to lower its carbon footprint through emissions-free power sources. The solar facility will sit on 120 acres of Texas land. This development is the first solar facility to directly power oil and gas operations in Texas. Approximately 174,000 solar panels will sit on the land and generate a capacity of 16 MW.

OLCV also entered into a solar power purchase agreement lasting 12 years with Macquarie’s Green Investment Group and Core Solar LLC. The solar project between these companies will be operational in Texas in 2021. The power purchased from this agreement will source solar energy needed for operations in the Permian Basin.

“As the top producer in the Permian, we are focusing many of our low-carbon investments and projects in the region with the goal of becoming the leader in producing lower-carbon energy,” explains OLCV President Richard Jackson. “The solar facility and long-term solar power agreement further enable us to realize cost efficiencies and reduce the carbon intensity of our operations through the use of lower-carbon electricity, which together are ultimately expected to eliminate more than 160,000 tons of carbon dioxide emissions each year.”

OLCV operates as a subsidiary of Occidental with an emphasis on carbon dioxide enhanced oil recovery and carbon capture, utilization and storage, and the development of emissions-reducing technologies.

Texas currently ranks fifth in the U.S. in solar generation. However, the amount of solar produced in the Lone Star State likely will grow soon. In July alone, Texas reported the second largest shipment of photovoltaic modules, ranking below California.

Known for its thriving coal and oil industry, Texas has increasingly relied on renewable energy production in recent years. Texas is the overwhelming leader in wind generation in the U.S., producing more than 30 percent of the nation’s electricity from wind farms and turbines.

However, Texas also leads the country in carbon dioxide emissions, producing 653.8 million metric tons in 2016. Carbon dioxide is a greenhouse gas that directly contributes to global warming and the ongoing climate crisis. Projects such as the Occidental solar facility could lead to a decrease in carbon emissions and a continued shift in coal- and oil-dependent states.