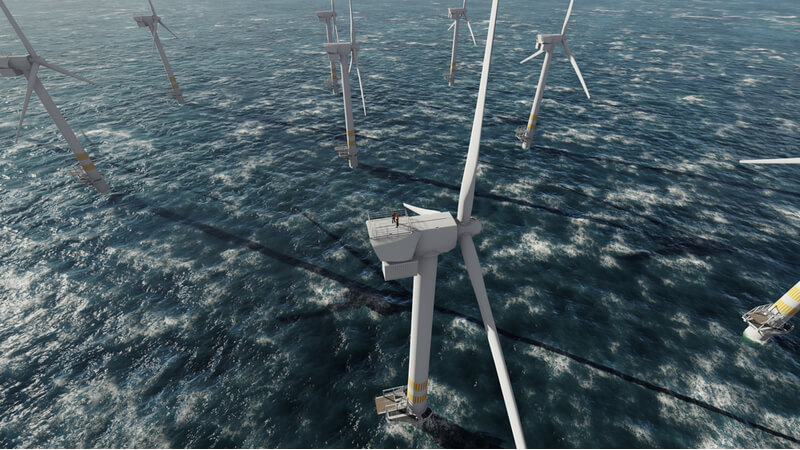 California and the federal government reached a deal to establish 4.6 gigawatts (GW) of offshore wind power on the Western Outer Continental Shelf. Due to the deep waters in the area, the project will use floating wind turbines.

The deal will identify potential sites this summer and hold an auction to lease them to private developers in 2022. It is part of the Biden administration’s push to bring 30 gigawatts of offshore wind onto the U.S. grid by 2030.

The federal Department of the Interior has identified two main sites for development. The first is known as Morro Bay and is located off the central California coast. Department of Interior officials believe it can support up to 3GW of offshore wind. The second sector is located near the border of Oregon and will be home to 1.6GW of wind power. These two sites would provide California with enough offshore wind to power 1.6 million homes.

One week prior to the agreement, California announced that $20 million from its 2021-2022 budget will be used to promote offshore wind development. The funds will support engagement with stakeholders, upgrades to port infrastructure, and a sped-up process for issuing permits, according to Offshore Wind California.

So far, offshore wind developments have mainly been built on the east coast. That’s because the sea in this region is shallower, making it easier for developers to build offshore turbines. The Block Island wind farm off the coast of Rhode Island was the first offshore wind facility in the U.S. to go online in 2016.

Earlier this year, the first commercial-scale wind farm was approved for construction off the coast of Massachusetts. The Vineyard Wind project will generate 800 megawatts of power, which is enough to power 400,000 homes. It is scheduled to come online in 2023.

However, the west coast’s offshore wind industry could quickly catch up. Floating turbines will become more commercially viable over the next decade due to dropping production costs.

Although the projected cost for floating turbines looks promising, some groups worry about their environmental impact. The Environmental Defense Center wants more information about the damage the turbines could cause to the marine environment and wildlife. The Center pointed to one estimate suggesting that producing 10,000GW of offshore wind would require 1,200 square miles of ocean. “It is a new technology and a new industry in California,” comments Kristen Hislop of the Environmental Defense Center. “So we need to be careful.”

How will this impact you?

The development of affordable offshore wind power is a critical part of ensuring a reliable transition to clean energy in California. Wind power advocates say offshore turbines could help stabilize the electricity grid and keep energy costs low for consumers. This would help keep your electricity bills affordable during the clean energy transition.

As Adam Stern, executive director of Offshore Wind California, explains, “Offshore wind will be a key contributor to help California support a clean energy economy by delivering gigawatts of competitively priced power and thousands of family-wage union jobs while protecting marine and coastal resources. California can build a thriving new industry with thousands of high-skilled jobs and deliver a minimum of 10GW of renewable offshore wind energy by 2040, enough to provide electricity for at least 7.5 million California homes.”

More offshore wind power in California could also help tackle the state’s problems with power blackouts. Offshore wind is especially well suited to pair with solar power because the wind blows at night. This means it could help maintain a reliable source of clean energy when levels of power from solar farms drop. Currently, this job is often performed by gas power plants known as peakers. But peakers are expensive to operate because they only generate power for a relatively small amount of time. These costs are passed on to consumers, pushing up energy bills.