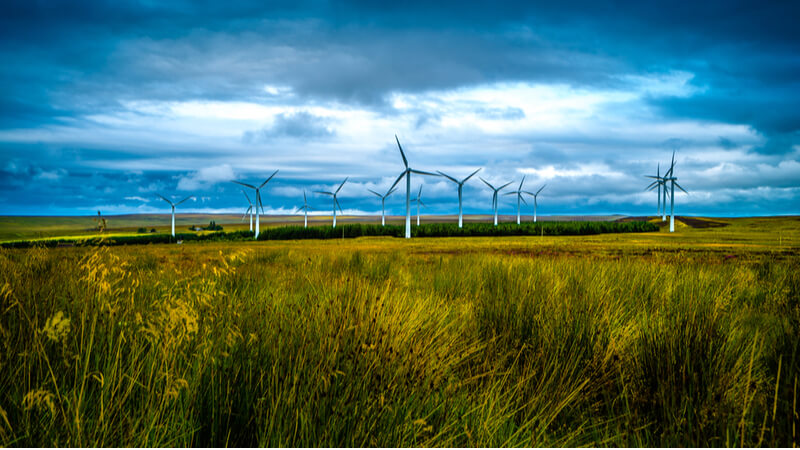 The pace of wind power growth in Texas has been so rapid that the story of a planned 254-megawatt wind farm in Val Verde County may at first hardly seem newsworthy. But the Blue Hills Wind development is attracting a lot of attention because its owners, GH America Energy, are a subsidiary of a Chinese conglomerate controlled by a former military officer.

GH America Energy is owned by Guanghui Industry Investment, whose main shareholder is Sun Guangxin. Sun appears on Forbes’ list of billionaires and is a senior member of the Communist Party.

According to Rep. Will Hurd, who represents the district west of San Antonio, Texas, where the proposed project would be located, the involvement of a major Chinese company raises concerns of grid stability and national security. In a recent opinion piece for the Houston Chronicle, he suggested that China could exploit grid access and disrupt operations.

“When the Texas utility sector deregulated — resulting in the ability for any entity to provide power to the grid as long as their application was ‚administratively complete‘ — those involved did not predict a company friendly with a hostile foreign government would try to connect to our power grid,” wrote Hurd. “Allowing an adversary to connect to our power grid enables the attacker to perform a false data injection attack — where the attacker spoofs the system’s monitoring tools to falsely think activity is happening on the grid.”

The Congressman argues that this wind farm project risks a situation like the 2003 blackout, when 50 million people in the northeastern United States temporarily lost power. The blackout occurred after the failure of several generators in Ohio triggered a cascade of power failures. Hurd suggests that a similar event could be intentionally provoked by the Chinese company to cause disruption.

In addition to the threat to grid stability, critics argue that the Blue Hills Wind development poses another type of national security risk. The proposed location of the wind farm cuts across a flight path used by a nearby air force base to train new pilots.

“Our greatest concern is the long-term implications this will have on the Air Force’s mission of pilot training not with a single application, but rather a cumulative strategy that cannot be evaluated in the first filing,” wrote County Judge Lewis G. Owens Jr. and Del Rio Mayor Bruno Lozano in a joint letter to Treasury Secretary Stephen Mnuchin in February. “We believe that this project and all future projects of a similar nature will result in unacceptable risk to national security of the United States.”

Sen. Ted Cruz agreed, alleging that the wind farm could be used as a mechanism for Chinese espionage.

Criticism of the project is also coming from another direction: local environmentalists and conservationists. They fear that the nearby Devils River and rural areas used by hunters and fishermen could be irreparably damaged.

Even the Sierra Club, which generally supports renewable energy projects to reduce reliance on coal, has called for GH America Energy to find another site for Blue Hills.

“It’s a total crisis. We depend on ecotourism. The turbines will affect the deer. They will kill the birds. And we’re on the flyway for the monarch butterflies,” explained local rancher Alice Ball Strunk.

Other residents suggest that limited transmission capacity to transport power to the grid could be a further issue. “My big concern is that these guys have a big checkbook and they’re just not paying attention to traditional business sort of thresholds on whether to build this thing or not,” said Wayne Walker, who jointly owns a nearby ranch.

GH America Energy insists that its wind farm project should go ahead and that the concerns related to it are unfounded. They point out that approval for the project was granted by the Committee on Foreign Investment in the United States, a body made up of federal agencies tasked with reviewing major foreign investments.

Stephen Lindsey, vice president of government and regulatory Affairs for GH America Energy, maintains that the decision to invest was solely about business. Texas has tremendous potential for renewable growth, and the United States offers a stable business environment, he told E&E News.

Lindsey also stressed that the company reduced the number of turbine sites to accommodate concerns from the air force base.

“Originally, we proposed 73 turbine locations, however following review with the Laughlin command staff, we revised the layout to approximately 46 locations in order to address concerns related to flight training routes,” explained Lindsey. “The current project proposal eliminates building wind turbines within certain areas of the property to avoid any conflict with an established flight training route.”