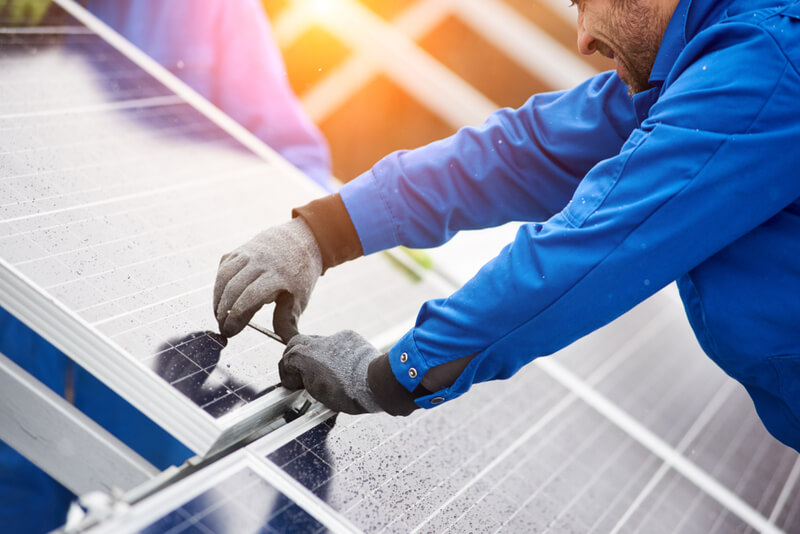 As we discussed in part 1 of this series, solar rooftops are widely available and versatile. They offer convenience and protection, as well as sustainability and security. And, of course, solar rooftops can result in financial savings. But for all of those advantages, there can be some downsides as well. If you’re considering a solar rooftop, these are some of the cons you should consider beforehand.

Solar rooftops may not work on every home

There are various factors that determine if your home is a good candidate for a solar rooftop. If it doesn’t meet these criteria, you may be out of luck. “The best homes for rooftop solar are south-facing, flat roofs, without obstructions like chimneys or vents, and without blockages like trees or shade from neighboring homes,” says  David Amster-Olszewski, founder and CEO of SunShare, one of the country’s first and largest community solar communities in Denver, CO.

“There are many reasons a rooftop may be unsuitable for rooftop photovoltaic panels, for example, the pitch of the roof may not catch enough of the solar energy to make it viable.” It may also depend on where you live. “The location of the home within the country may factor in with flatter roofs in warmer climates with greater amounts of sunshine versus angled roofs in colder climates.” So why is this important? Amster-Olszewski explained location can affect how many hours of sunshine the home receives at different times of the year.

And since the panels need to be placed together, the size of your roof also matters. “If you have a small rooftop or one with limited space, putting solar on the roof is impractical,” said Andrew Carr at Harvest Power, a solar energy design and installation firm. And besides trees or shade from neighboring homes, there are other factors that can determine viability.

“Rooftops are heavily shaded by obstructions such as water towers, chimneys, elevator shafts, etc., won’t allow the solar to generate sufficient power to make the economics of the solar pay off,” Carr explained.

In addition, there are two additional factors to consider. “Roofing materials or strength of support could impact the suitability,” Amster-Olszewski said. “Frequency of hail should also be considered when taking maintenance into account.”

According to Joshua M. Pearce, PhD, Professor of Materials Science & Engineering in the Department of Electrical & Computer Engineering, and Director of the Michigan Tech Open Sustainability Technology (MOST) Lab at Michigan Technological University, there’s a reason why large mega corporations are buying huge amounts of solar.  “You need access to capital, since you need to make the investment up front,” he explained. “This is why companies like Walmart, Prologis, Apple, Kohl’s, Costco Wholesale, GGP, IKEA, Macy’s, Amazon, etc. are buying huge amounts of solar – they have the money and the ROI is really good.”

However, Pearce says there are programs in many states that can help. On top of installation fees, there are other costs associated with solar rooftops as well. “Expect charges for the inverter, batteries (if you want to store energy), and of course, all of the wiring needed,” says Kershan Bulsara, Manager of Roofmaster.

On a federal level, financial incentives are available for anyone. But on a more local level, Fouhy explained the costs can vary greatly. “In Oregon, a system that costs $20,000 is normally about $9,000 – but in Portland it is closer to $3,000 with a community run funding source – to the consumer and we have some areas that provide 30 year, 1-2% interest loans wrapped up in your taxes, which is less than $30/month to OWN a solar system that will save you $100-200 a month.”

Compare this to Montana. “Some regions in that state only do the 28% federal incentive, but still give you a whopping $5,600 tax credit. In most cases you can get your solar system for $0 down in all states,” Fouhy said.

Other drawbacks with solar rooftops

Availability is another potential issue homeowners should plan for. “During night time and low irradiance periods, there is typically low to no production of energy, so the grid or batteries are needed as back up, said Ramon Rosquete, senior project manager at CREADIS, an engineering consulting firm that specializes in  renewable energy.

Further, Rosquete says you can have long-term issues like water leaks and roof damage. “This is typically due to improper installation and shortcuts by a poorly trained contractor,” he explained. Another potential problem, depending on your taste: Rosquette says some homeowners don’t find solar rooftops aesthetically pleasing.

However, sometimes, it’s not up to you to determine if the solar roof is attractive or not. “It takes up some roof, and some HOA’s don’t like that,” Fouhy said. However, he admits that perceptions among HOAs and beginning to change since there’s more mainstream interest in solar.

Also, Fouhy pointed out another potential con. “In certain regions with a great deal of snow, your panels could be covered if mounted a few inches off your roof,” he said. “If you do have this system, ask for Bifacial panels and offset the distance, this reduces snow blockage by 70%.”