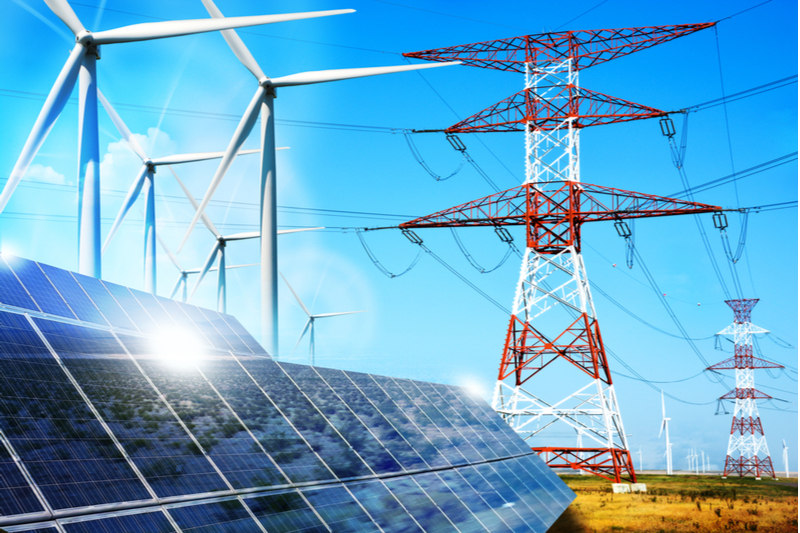 The last decade’s boom in wind energy production and projected expansion of solar power generation in Texas means the state is likely to confront a surplus of renewable energy by the end of the decade. However, bottlenecks in the national grid could prevent Texas and other renewable energy leaders from selling their energy to regions which require it, according to a recent report.

The study, authored by research firm ScottMadden, examined a wide range of policy challenges confronting the regional transmission organizations and independent operators that oversee the lion’s share of the US energy grid.

A crucial finding concerning Texas was that although the state will have a surplus of renewable energy generated by wind and solar by 2030, it may struggle to sell its power to other areas of the country in dire need of a renewables boost.

“One of the key takeaways is the mismatch between where renewable supply is versus where it’s going to be needed to meet the various mandates and renewables goals being made in states and regions,” commented Larry Gasteiger, the group executive director of Wires, which advocates for utilities, grid operators, and transmission owners.

In concrete terms, he pointed to the challenge of getting wind and solar energy from markets with an oversupply of power, like Texas and the Great Plains, to those expected to have a shortfall by 2030. The main areas in this category are California, New York, and New England.

Can Texas serve as a case study to solve the transmission problem?

The issue of inadequate transmission infrastructure is not new to the Lone Star State. In the late 2000s, policymakers introduced competitive renewable energy zones (CREZs), which were instrumental in constructing lines to transport the rapidly increasing amount of wind power generated in the west of the state to large population centers.

The Public Utility Commission awarded close to $5 billion to projects associated with CREZs, while the state legislature cut the review period for new transmission projects from “up to a year” to 180 days. These steps helped establish the infrastructure that has transmitted some 18,000 megawatts of additional wind power from west Texas to major urban areas, like Dallas and Houston.

Who should build transmission infrastructure?

The question of how Texas and the rest of the country will approach the need to vastly expand transmission infrastructure remains unclear. Last year, Gov. Greg Abbott signed SB 1938 into law, which gives utilities already present in a region first right of refusal to build new power lines.

While advocates of the measure say it guarantees stability in the transmission market, critics have attacked it for breaking with Texas’ tradition of encouraging open competition. The lack of competition will lead to higher costs for grid development projects, they claim.

Florida-based NextEra filed a lawsuit against the new regulation, arguing it is unconstitutional.

“This law was intended to benefit local entities — giving electric utilities that already operate in Texas the sole right to build transmission lines with an end point in Texas, even when those transmission lines deliver power in interstate commerce,” NextEra said. “That is what the Constitution does not allow.”

The outcome of the case will have an impact on NextEra’s operations, since an affiliate of the company had secured approval for transmission lines linking the Midcontinent Independent System Operator with areas in eastern Texas.

Ari Peskoe, director of the Harvard Law School’s Electricity Law Initiative, believes the outcome of NextEra’s challenge could have wider ramifications on the development of interstate transmission infrastructure.

“As competitive transmission expands, it’s certainly plausible that other utilities will go to their state legislatures and ask for this kind of protection,” he said.

Determining how the national grid can be strengthened to meet future obstacles is one of the key challenges raised by the ScottMadden study, which calls for more policy support to encourage a transmission buildout. The authors note that although investment in transmission infrastructure has risen from $17.7 billion to roughly $22.4 billion over the past six years, the amount of new transmission lines built dropped from a high of 4,500 miles in 2013 to 1,300 miles in 2018.

Kristin Lyons, one of the study’s authors, argues that the level of federal and state policymaking that helped drive a boost in grid infrastructure investment around 2010 is lacking in the current situation.

For Gasteiger, a former deputy director at the Federal Energy Regulation Commission (FERC), this has to change quickly. “If you’re looking at requiring these renewables as early as 2030, and you’ve got a lead time of as much as 10 years to plan, develop and put the infrastructure into service — we’re already at the brink of having to have stuff done right now,” he said.