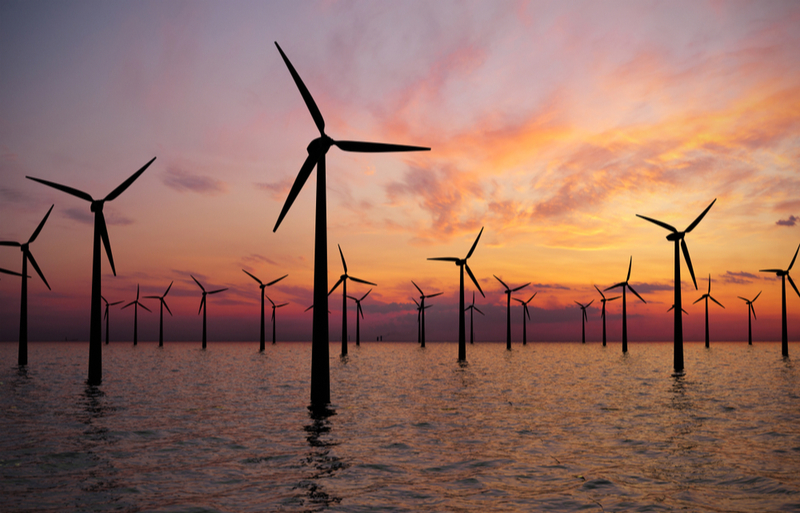 Offshore wind projects have risen in popularity, offering opportunities for clean, renewable energy that don’t take up land space. With approximately 367 miles of coastline, Texas could benefit from the power of offshore wind. However, the Lone Star State will likely not feel the impact of offshore wind for another 10 years, according to reports.

What is offshore wind?

Offshore wind energy is generated by turbines capturing the strong winds produced at sea. Because there is no land to block the wind, it tends to reach higher and more consistent speeds than the wind produced on land.

There are several advantages of offshore wind farms, such as the reduced impact on land and the increase in clean, renewable energy generated by the sea winds.

Moreover, the turbines required for offshore wind farms are larger than the average land turbine. Some turbines stand more than 200 feet tall and have blades spanning the length of a football field. About 60 percent of these massive offshore turbines are in very deep water and are supported by floating platforms.

The possibilities presented by offshore wind energy made their way to America in 2016, when the Block Island Wind Farm began producing power off the coast of Rhode Island. This project, including five 6MW GE wind turbines, was the first offshore wind farm in the country.

The Block Island Wind Farm is owned by Deepwater Wind, which has since developed two additional offshore wind farms near Long Island, NY, and Martha’s Vineyard, MA. Additionally, there are about 30 offshore wind projects off the coast of the U.S. in various stages of development.

It may come as a surprise that offshore wind projects are not taking over the energy market in Texas. However, attempts to develop offshore wind farms have been met with difficulties and resistance.

In 2007, the Lone Star State’s first offshore wind lease was announced for a wind farm off the coast of Galveston. At the time, it was estimated that the wind farm would produce 150MW of electricity, enough to supply 40,000 homes, by 2010.

This project experienced problems with the expenses associated with building an offshore wind farm. The farther out to sea a farm is placed, the larger and more complex the foundation of each turbine becomes. At times, these foundations need to reach as deep as 150 feet below the surface.

Because of the prominence of wind farms, experts predict offshore wind energy will remain the runner up in Texas. The Lone Star State may have more than 300 miles of coastline, but the state’s 261,000 square land miles will likely continue to dominate the energy market until at least 2028.