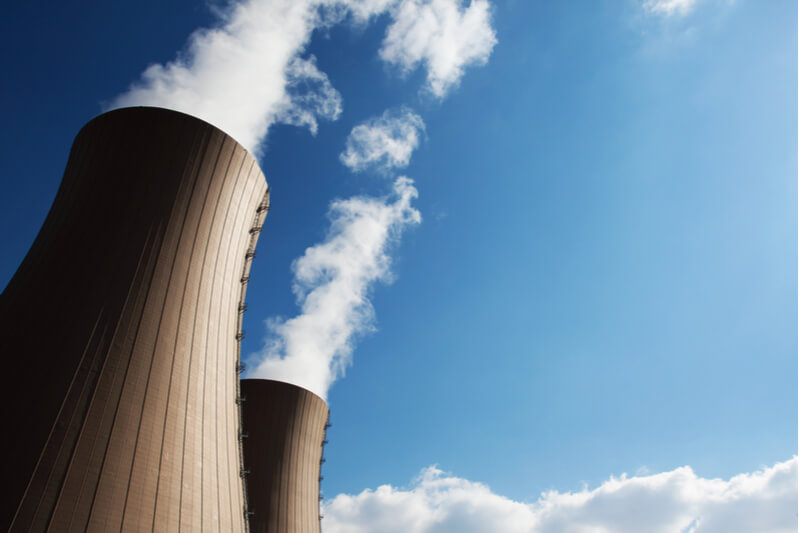 Scientists at Texas A&M University are involved in a project aimed at creating a new type of nuclear power fuel. Advanced nuclear energy for enriched life (ANEEL) could be safer and more efficient than traditional uranium-based power. What’s more, it could play a big part in the clean energy transition.

Researchers at Texas A&M’s Nuclear Energy Science Center will help manufacture ANEEL pellets. These pellets are composed of a combination of thorium and uranium.

Thorium can operate at much lower temperatures than uranium-based nuclear fuels. They also melt at a much higher temperature. These factors suggest it could be much safer than traditional nuclear fuel, because the likelihood of a reactor meltdown is significantly reduced.
Another promising feature of ANEEL is that thorium is more widely available than uranium. This means the cost of the fuel would be much less, making it a realistic alternative to coal and natural gas.
The project also involves the U.S. Department of Energy’s Idaho National Laboratory and the private company Clean Core Thorium Energy (CCTE). These participants aim to test this new nuclear technology. If all goes well, CCTE hopes to be able to market ANEEL by 2024.

“We are excited for the opportunity to be part of the ANEEL fuel development to work with our colleagues at INL and CCTE to realize a safe and clean baseload energy solution for the world,” commented Sean McDeavitt, director of the NESC at Texas A&M.

In addition to the risk of a reactor meltdown, one common objection to nuclear power is the issue of waste. Nuclear power plants running on enriched uranium produce radioactive waste. This waste must be stored safely for thousands of years to prevent damage to the environment and people’s lives.
Texas A&M researchers hope to prove that this type of power offers a more efficient alternative. It has a much higher burn-up rate than uranium, meaning that it can get more power from the same quantity of fuel. The high burn-up rate also reduces waste by 80 percent compared to traditional nuclear fuel.

James Conca, a nuclear energy columnist with Forbes, described the difference between uranium and thorium-based fuels. He said, “In an existing (reactor) using natural uranium, each fuel bundle weighs roughly 15 kg. After the first 150 days of operation, an average of eight such bundles would need to be replaced daily for the rest of the reactor’s operating life of 60 years.”

Conco continued, “With the ANEEL fuel, each fuel bundle weighs approximately 10.65 kg. After the first 1,400 days of operation, an average of only one such bundle would need be replaced daily for the remainder of the reactor’s operating life, leading to significantly less waste.”

Doubts about a larger role for nuclear power

Nuclear power currently accounts for 20 percent of total energy generation in the United States. Texas accounted for 5.4 percent of nuclear power generation in the U.S. in July 2020.
Because it is carbon-free, many consider nuclear a clean alternative to fossil fuels. However, supporters of renewables believe the energy transition should focus on solar energy, wind power, and battery storage. These opinions are due to the safety issues and waste associated with nuclear plants.
Even before the announcement of the ANEEL trial, organizations such as the Union of Concerned Scientists indicated that they would support a greater role for nuclear power generation, provided there are steps to improve its safety record.
“Nuclear power produces very few lifecycle carbon emissions. It also faces substantial economic challenges, and carries significant human health and environmental risks. UCS strongly supports policies and measures to strengthen the safety and security of nuclear power,” wrote UCS in 2018.
The UCS argued that the retention of existing nuclear power reactors would be better than natural gas plants. “To the extent that a nuclear plant’s output is replaced by electricity from natural gas, the resulting emissions set back national efforts to achieve needed emissions reductions,” added UCS.
Beyond the maintaining existing nuclear plants, experts question whether the industry is in a position to play a major role in the clean energy transition.
“Nuclear is a waste of time and money in the climate fight,” stated Amory Lovins, co-founder of the Rocky Mountain Institute. “The fact is that nuclear power is in slow motion commercial collapse around the world. The idea that a new generation of small modular reactors would be built to replace them is not going to happen; it is just a distraction away from a climate solution.”
Lovins made these remarks at a meeting for the sWorld Nuclear Industry Status Report 2019. One of the report’s main points related to the energy transition was that nuclear plants take between five and 17 years longer to construct than utility-scale solar and onshore wind facilities.
The Texas A&M research could provide insight into whether the benefits offered by ANEEL can overcome doubts about the future viability of nuclear power.