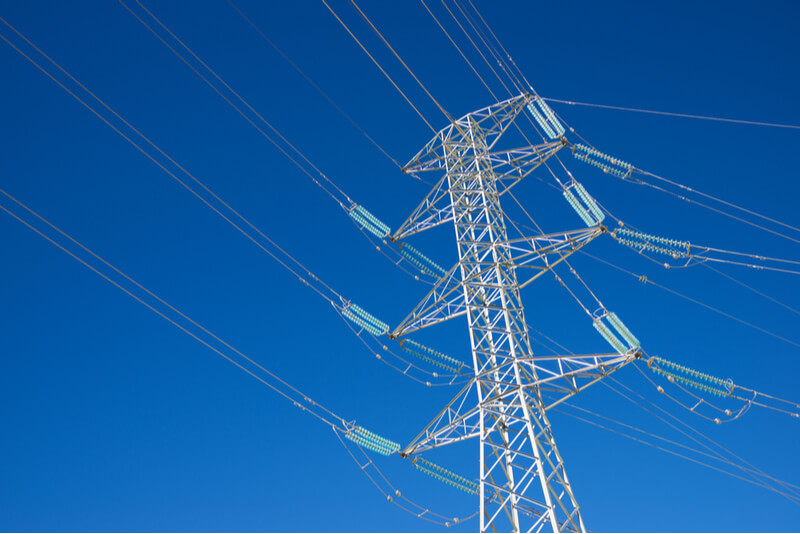 Researchers at MIT believe the U.S. can lower carbon emissions by expanding transmission lines. According to an MIT study led by researcher Patrick Brown, doubling transmission capacity would help the U.S. reach a zero-carbon grid. This is based on currently available solar, wind, hydro, and lithium-ion battery technology.

The analysis suggests expanding transmission would help reach the zero-carbon target. This would cut out the need for new nuclear power plants, long-term energy storage, or green hydrogen. These calculations are based on projected energy prices for 2030 and were informed by weather data from between 2007 and 2013.

Brown told GreenTech Media there are two reasons why expanding transmission infrastructure would have a major impact. First, it would concentrate wind and solar in the sunniest and windiest parts of the country. This would lead to more efficient energy production.

Second, regional power-sharing networks would allow renewable energy to quickly shift to where it is needed most. This would reduce the need for long-term battery storage.

A report released by the Wind Energy Association last year illustrated the importance of inter-regional energy transmission. The 15 states between the Rocky Mountains and the Mississippi River account for 87 percent of U.S. wind energy potential. These states are also responsible for 56 percent of utility-scale solar potential. However, projections suggest that by 2050, these states only need 30 percent of the total energy demand.

The study concludes with an appeal for a national strategy to strengthen transmission.

“New and existing long-distance transmission significantly reduces the system cost of electricity and the amount of energy storage required for reliable zero-carbon electricity,” notes the study. “Streamlining the planning and permitting process for new transmission and coordinating decarbonization at the national (rather than state) level could enable a more efficient and rapid transition to a zero-carbon electricity system.”

The biggest savings would come from direct links between the three regional grid systems. These grids are the Eastern, Western, and Texas interconnections. This policy would produce wholesale electricity prices of just above $70 per megawatt-hour in a zero-carbon system.

This estimate is more than double the current average wholesale power price. But it’s way less than the estimated $135 per megawatt-hour in a zero-carbon system achieved by independent efforts at the state level.

However, there are many regulatory and political obstacles to this proposal. A report published in January 2020 by ScottMadden noted the decline in the total length of transmission lines built over recent years, even as transmission demand grows.

One of the authors stated that “the challenges of citing, permitting and overcoming legal challenges across multiple jurisdictions” hinder the buildout of transmission infrastructure.

The ScottMadden report observed “the general view across the industry” is “that inter-regional planning processes are at best, stalled, and at worst, ineffective in identifying valuable projects.”

The most ambitious goal in the study may prove tough to reach. But Brown stresses more modest improvements in transmission interconnection would also have a major impact on cost.

Another model considered by the study involves the persistence of limited connections between the U.S. Regional Transmission Organizations (RTOs) and Independent System Operators (ISOs). However, this would significantly expand transmission infrastructure within each area.

Brown emphasizes that each $10 per megawatt-hour in savings would equal total annual cost reductions of around $44 billion by 2040.

Supporters believe federal agencies, such as the Federal Energy Regulatory Commission and the Department of Energy, will have to lead the way on changing regulatory processes to turn the benefits of more transmission lines into a practical reality.

“Over the past 10 years there have been a dozen, maybe two dozen, studies showing that if a higher share of renewable generation is the objective, then a more robust regional and interregional transmission grid is the most cost-effective solution,” explained Johannes Pfeifenberger, a principal at the energy consultancy The Brattle Group.

“Patrick’s study shows that even with low-cost storage and renewable resources now available, implementing clean energy policies on a national scale, rather than state by state or region by region, is quite compelling in its ability to reduce the total cost of supplying electricity,” Pfeifenberger said.