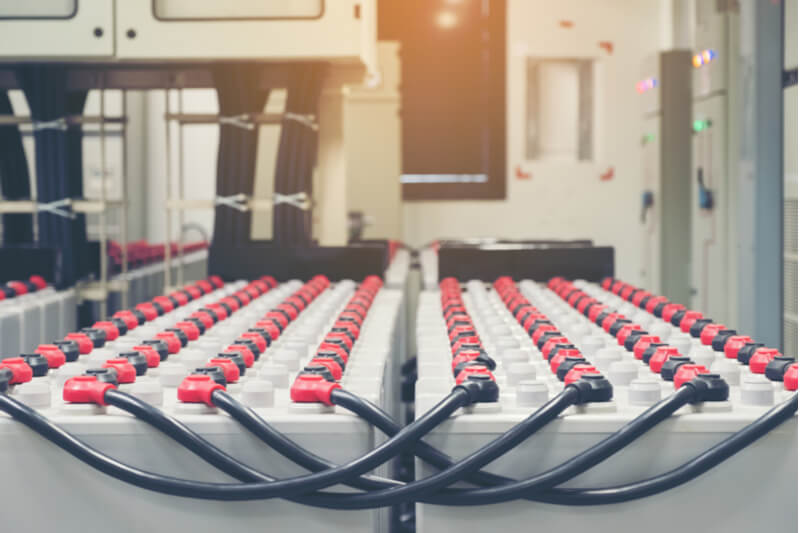 Vistra Energy is set to become the first power company in the world to construct a gigawatt-scale battery storage project for the grid. Based in Irving, Texas, the company has been given permission to develop its Moss Landing storage facility in Monterey County, California, into a storage site with a capacity of 1.5 gigawatts/6,000 megawatt hours (MWh).

The development will increase the size of the Moss Landing facility four-fold. However, although approval has been granted, Vistra CEO Curtis Morgan is waiting to give the go-ahead for the project until “market and economic conditions” prove that it is necessary. Currently, it is expected that 400 megawatts of capacity will be online by 2021.

Vistra has benefited from the fact that it could use an existing natural gas site at Moss Landing to develop the battery project. “Utilizing our existing power plant sites allows us to cost-competitively develop renewable and battery storage assets as we rotate our power generation portfolio toward carbon-free technologies,” commented Morgan.

Vistra has previously been part of battery developments in Texas, including the state’s largest battery project at the time of its development. The 10 megawatt/42 MWh Upton County battery storage project came online in 2018 after being contracted by Vistra to store power from a nearby solar farm operated by Luminant, Vistra’s developer subsidiary.

FlexGen, which installed the project for Vistra, noted earlier in the summer that the first 18 months of the battery’s operation has been positive. “Places like Texas are promising for renewable energy, because there is plenty of solar and wind power resource. Battery energy storage systems help stabilize the grid in order to unlock even more renewable power,” explained FlexGen CTO Pasi Taimela.

Although the Upton County project appears comparatively small due to the rapid advances in utility-scale battery storage since 2018, it remains an important example of how batteries can compete in Texas’ deregulated energy marketplace. Until the project came online, many observers argued that battery storage was not viable due to its cost. This challenge is not present in California, which has a regulated energy market.

The project made economic sense for Vistra Energy because it allowed the utility to store excess electricity produced by the solar facility at peak times that it was unable to export to the grid.

Storage capacity on the grid managed by the Electric Reliability Council of Texas (ERCOT) is expected to triple during 2020 to 360 megawatts. A further three-fold growth is anticipated for 2021 as developers seek to take advantage of declining battery costs and the abundance of solar and wind power on the Texas grid.

As a result of this growth, Vistra Energy’s Upton County storage facility will soon lose its place as the state’s largest storage facility to several bigger projects. Broad Reach Power is planning to bring 10 battery storage sites online by the end of the year, each of which can store 10 megawatts. The company plans to start constructing 100-megawatt projects within the next year or two. Meanwhile, Key Capture Energy will begin construction on one 100-megawatt project and two 50-megawatt sites by the end of 2020.

The one outstanding issue holding back an even more spectacular growth in batteries on the grid is the issue of the entities allowed to own them. When Texas deregulated its energy market, it separated power generation from the utilities tasked with transmitting and distributing power.

Since then, utilities have been prohibited from owning energy generation capacity. And under Texas regulations, batteries are considered to be sources of power generation.

If these rules were changed, investor-owned utilities could use their considerable resources to support the development of battery storage. But such a move would provoke opposition from power generators, like NRG and Calpine Corp, because it would allow utilities to compete directly with their natural gas plants and renewables.

A spokesman for Oncor, the utility responsible for transmission in the Dallas area, told the Houston Chronicle earlier this year that resolving the problem of battery ownership could “improve service reliability and grid resiliency.”

The utility attempted as early as 2014 to encourage regulatory changes by commissioning a report on the issue by energy consultants Brattle Group. While this previous effort failed, Oncor and other utilities hope that regulators will soon devise a solution to the battery ownership conundrum.