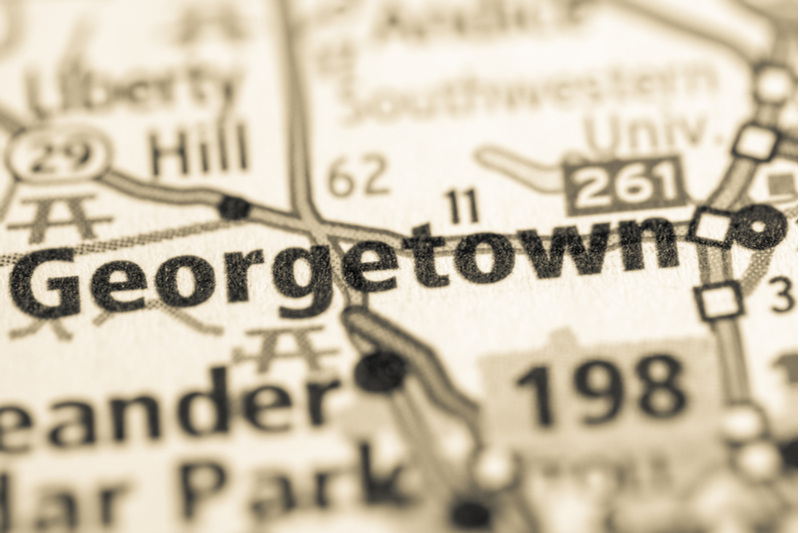 Known for its historic town square and wild red poppies, Georgetown, TX, gained international fame in 2016 when Mayor Dale Ross announced the city would run on 100 percent renewable energy in the coming year.

Since then, the city’s strive for renewable energy has led to major challenges for the residents. Following is a brief overview of Georgetown’s struggle with renewable energy.

In 2002, Texas deregulated the energy market. Before deregulation, Texas residents were restricted to receiving their energy from the utility covering their region. Post-deregulation, 85 percent of consumers gained the power to choose their energy supplier from a pool of companies.

The hope was that deregulation would lead to a competitive energy market and lower monthly rates for energy consumers. Many Texans gained the freedom to decide where their energy came from and choose a supply plan that fit their budget and energy usage.

However, there remain several regions of the Lone Star State that are not deregulated. In the city of Georgetown, residents remain tied to the Georgetown Utility Systems, which the town website describes as “a highly-reliable, community-owned and operated electric utility. It is owned by the people of Georgetown and it invests directly in the community.”

Ross, currently serving his second term in office, made national news by announcing that the Georgetown Utility Systems would use 100 percent renewable energy by 2018.

However, the decision to move towards sustainable energy practices is not tied to environmentalism. During an interview with a German television show, Ross described transitioning to renewable energy as “first and foremost an economic decision.”

In the same interview, Ross laid out two goals, explaining, “The first objective was to mitigate price volatility in the short term, and the second thing was to minimize or mitigate regulatory or governmental risk.”

For this plan, the City of Georgetown entered into contracts lasting 20-25 years with wind, solar and natural gas providers. These suppliers promised fixed rates for the duration of the contracts. And, according to Ross, there was no risk of governmental regulation. “What’s there to regulate with wind and solar? It’s clean energy,” Ross said.

However, Georgetown soon ran into unforeseen issues. Essentially, the city was buying more electricity than needed because of the variability of wind and solar energy. On days where energy demand was high, the City of Georgetown hoped that the surplus energy would cover the demand. However, there were many days where the demand was lower than the amount of energy the city purchased.

To make up for days with low demand, the city would sell the surplus energy at a loss to other consumers in the Texas market.

Unfortunately, Georgetown’s troubles extended beyond days with low demand. When signing those fixed-rate contracts, the city based the efficiency of the plan on projections of the energy market. However, those projections did not anticipate drops in the energy market. These drops resulted in the city selling the surplus energy at a lower cost than was anticipated. According to the Georgetown website, “the City incorrectly projected the cost of energy by a total of $26 million.”

Those long-term, fixed-rate contracts became a big problem for the city because these contracts lock Georgetown into the current rate. The city predicted that it would continue to sell the excess energy at a loss for the duration of those contracts. At one point, the Georgetown website estimated the surplus of energy wouldn’t end until 2028, which is the same year that one of the contracts was set to end.

Current calculations estimate the city faced a loss of $8.3 million between 2016 and 2018. In order to pay for the loss, the city raised the electricity prices of its residents. What was originally meant to be “first and foremost an economic decision” evolved into higher rates for energy consumers – and a major headache for the city.

Currently, the City of Georgetown is taking steps to end one of the long-term contracts. Georgetown recently announced it is suing Buckthorn Westex, the company contracted to provide the city with solar power. The city claims that Buckthorn Westex breached at least three portions of its contract and withheld information about the expected performance of its solar project.

In the lawsuit, the City of Georgetown seeks $1 million in damages and an immediate cancellation of the 25-year contract.

“Unfortunately, since the solar farm became operational in 2018, the city became aware of several problems at the facility related to its operation and performance,” says David Morgan, Georgetown City Manager. “These ongoing problems have resulted in financial losses for the city.” He claims Buckthorn was aware of some of these issues and did not disclose them during negotiations.

Buckthorn recently released a statement on the lawsuit: “Buckthorn strongly disputes all claims in the Complaint made by the City of Georgetown. Buckthorn has and will continue to honor all terms of its contractual agreement with the City and any claims to the contrary are inaccurate. Just two days before filing its lawsuit, the City agreed to formal mediation. Rather than working in good faith, Georgetown elected to pursue litigation in a clear attempt to terminate its contractual obligations. Buckthorn is eager to present the facts in the legal process.”