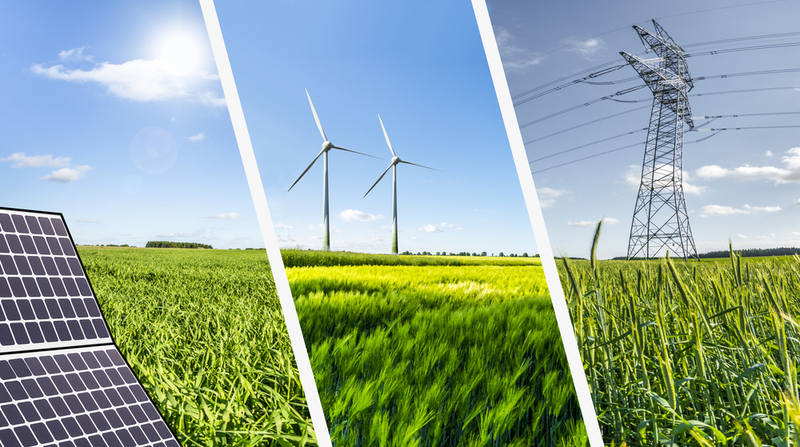 The central Texas town of Georgetown attracted nationwide attention in 2016 when lawmakers announced the decision to obtain 100 percent of the city’s energy needs from renewable sources. But now, with ratepayers paying more for their electricity and the city filing a lawsuit to get out of one of its long-term solar power purchase agreements, questions are being raised about the viability of the 100 percent renewables strategy.

Georgetown, led by its mayor Dale Ross, concluded 20- and 25-year PPAs with wind and solar power providers. But in order to make the construction of the wind and solar farms financially viable, the city was compelled to purchase more energy than it actually used. Officials believed that the extra renewable energy could be sold on the open market to offset losses, and that it would be used up over the longer term by a projected growth in Georgetown’s population.

However, energy prices have dropped dramatically since the city’s PPAs were concluded, principally due to the natural gas boom. This has left the city selling its surplus energy at a loss and hiking up ratepayers’ energy bills to make up for it.

For opponents of 100 percent renewables, Georgetown’s fate proves relying solely on solar and wind power is unviable. Critics say the variability of both sources of energy forces cities to purchase more energy than needed to cope with shortfalls when the sun doesn’t shine or the wind fails to blow.

“Why did Georgetown buy so much extra electricity? It was because they wanted to be able to go and tell the world they were 100 percent renewable, and they needed enough to cover their cost at peak during the summer,” states Bill Peacock, director of research at the conservative think tank Texas Public Policy Foundation.

The financial losses produced by low energy prices left Georgetown’s municipally-owned utility with a shortfall of almost $7 million at the end of the 2018 financial year. For Peacock, this proves the 100 percent target was a “misguided attempt.”

Ross argues that with population growth, all the renewable energy the city purchased under its PPAs will be used in Georgetown by 2022. “When you try to be innovative and stuff, it doesn’t work out every time,” he says. “But we do have a plan … to make this work. And I think everybody’s going to be happy in the long run that this is the right thing to do.”

The 2022 date is the same year the city’s contract with its sole remaining natural gas power producer ends. According to Fox News opinion contributor Chuck DeVore, if the city wants to stop relying on a grid partly powered by fossil fuels for backup, Georgetown would be forced to shell out hundreds of millions of dollars to build enough battery storage just to power the city for 12 hours.

Other analysts see the problem less with renewable energy and more with the specific issues policymakers in Georgetown were dealing with. Firstly, they were trying to plan for a rapid growth in population, with Georgetown among the top ten fastest growing cities in the United States, according to census figures. Secondly, they had to cope with unprecedentedly low gas prices, which were not predicted by ERCOT.

Joseph Aldy, an energy policy expert at Harvard University, argues the city could have taken a different approach and still achieved its 100 percent target.

Although Adrian Shelley, director of the consumer advocacy group Texas Office for Public Citizen, sees Georgetown’s experience as a “cautionary example,” he adds that the future of renewables in the Lone Star State remains promising. Texas leads the country in wind power production, which surpassed coal in the first six months of 2019 for the first time. For solar power generation, Texas places fourth.

For Mose Buchele, a reporter on energy and the environment at KUT in Austin, Georgetown’s difficulties don’t call into question a city’s ability to go green. “When analysts look at this, they are not saying that this is specifically an indictment of green power,” states Buchele. “It’s really more just about how the way the energy markets moved and a lot of that had to do with the natural gas markets bringing down electricity prices as renewables.”

Renewable energy advocates can also point to other cities where the 100 percent target has been achieved with much less difficulty. Burlington, Vermont, became the first city in the U.S. to generate 100 percent of its energy needs from renewable sources, and the costs remained so low that ratepayers saw no increase in their bills for eight years.