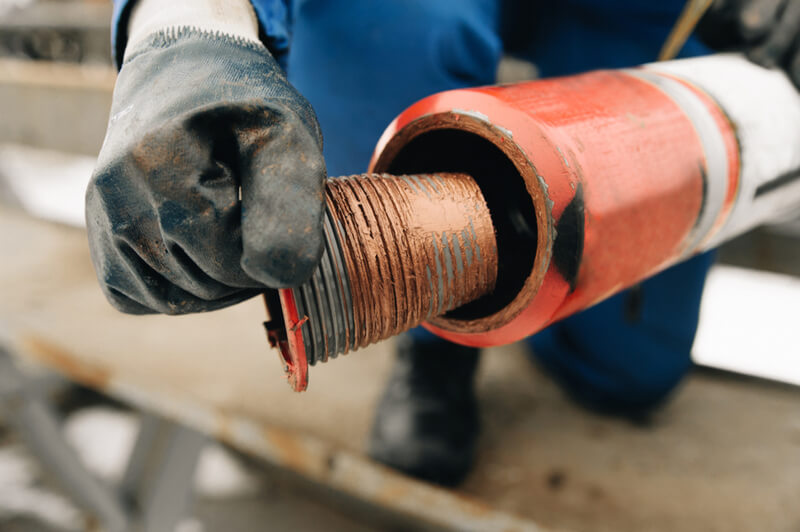 Hydraulic fracturing, better known as fracking, is on the rise again in North Texas. Over recent months, several oil companies have filed applications for new gas wells in the Fort Worth area, which is part of the Barnett Shale.

The renewed expansion of fracking is believed to be linked to rebounding gas prices following the impact of the pandemic. A significant portion of natural gas production is tied to oil, which is down since the onset of COVID-19. However, demand for natural gas remains steady, pushing gas prices up.

Another factor influencing the expansion of fracking is that some companies – including France’s Total –own leases in the Fort Worth area. “The legal cost is already sunk since they already own the leaseholds,” explained Bruce Bullock, director of the Maguire Energy Institute. “Given that and the fact that the forward price is so high, they can drill so deep and it doesn’t take very long to drill a well anymore, it’s relatively attractive to them right now.”

Over the summer, France’s Total received approval to drill 26 new wells from the Texas Railroad Commission. Although this marks a significant increase in activity, it’s far from the fracking levels during the North Texas boom in the mid-2000s. During this boom, large numbers of oil and gas drillers rushed into the Barnett Shale.

Health concerns involved in the debate

Environmentalists worry the revival of fracking poses health risks to residents. They have expressed fears for years over the impact of fracking on air and water quality. In addition, they point to growing evidence linking the emission of harmful chemicals from fracking sites to cancers and breathing problems for people living and working nearby.

Cindy Dwyer is a resident of Fort Worth who opposes fracking. Dwyer says that briefly passing by a fracking site near her home can cause health issues. “You drive by that site and it takes your breath away,” she said. “And it lingers with you. The last time I developed a cough, I had it for up to a week. And that was the only thing that had changed –– I drove by this site.”

Recently, residents are concerned about Total’s Fort Worth division, known as TEP Barnett. This division plans to drill seven wells at a new site near a preschool in Arlington. In June, the company’s request to Arlington City Council for a permit to drill new wells at a site near a neighborhood daycare was rejected.

In response, TEP Barnett took advantage of legal provisions permitting drillers to bypass city council approval for the drilling of new wells on existing sites. TEP Barnett received the administrative go-ahead to drill the seven wells at its existing Rocking Horse site, located within 300 feet of the school.

“It all seems very problematic and very new to all of us, because this has been going on for over 12 years but it always happens following the procedure, which is to notify the neighborhood, then planning and zoning has to approve it and then the city council has to approve it,” commented Ranjana Bhandari, director fo the local campaign group Livable Arlington. “We’ve never seen that before.”

A further worry is that fracking may be responsible for an uptick in earthquakes in recent years in north Texas. Scientists say that it remains unclear whether the fracking process itself or the subsequent disposal of wastewater is responsible for the earthquakes.

Activists also fear that increased fracking will worsen climate change by releasing methane and other harmful greenhouse gases into the atmosphere.

Following the passage of state legislation in 2015, cities are legally bound to respect the mineral rights of companies. This means that municipalities are limited when it comes to regulating drilling.

The 2015 legislation emerged out of a bitter conflict triggered by the 2014 decision by voters in Denton to prohibit fracking within city limits.

“The Texas Legislature has set up a situation to make it almost impossible for cities to fight back,” argued Sharon Wilson of environmental advocacy group Earthworks. “The buck stops with the lawmakers. They are the ones who are letting the industry get away with this, and somebody somewhere has got to stand up to the industry and say, ‘The public is more important’.”