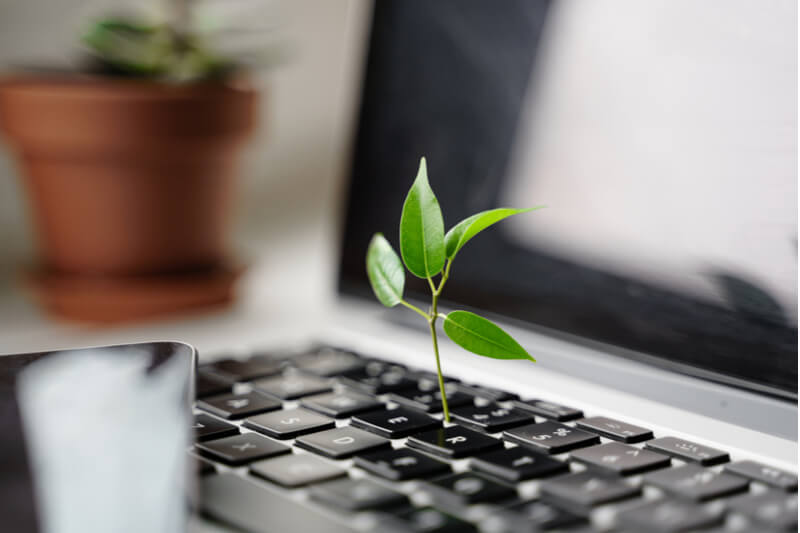 The most effective way to bring down carbon emissions in the coming years is by getting household consumers to change their habits. According to a new Brattle Group study, residential customers can cut greenhouse gas emissions twice as much as policy decisions by utility companies.

The researchers’ headline finding is that customers could cut 534 metric tons of carbon emissions by 2040. This is the equivalent of retiring 135 coal power plants in the United States, more than half of the country’s coal power fleet.

Energy analysts believe such reduction efforts could support the transition to renewable energy. Utilities currently rely on peaker plants powered by fossil fuel to meet energy demand spikes. If these spikes were lower, utilities could rely more on green energy. Wind energy, solar power, and other alternative energy sources could take the place of coal and natural gas.

What can customers do to help?

New technologies are providing customers with more control over how they use their electricity. The growth of solar power and battery storage also offers more flexibility. The Brattle Group study shows how these developments can play a key role in cutting carbon emissions.

The study suggests customers could adopt several new practices over the next decade or two. These include electricity and gas efficiency programs, buying an electric vehicle, and switching from gas to electric heating.

Dr. Ahmad Faruqui is a principal with the Brattle Group. He explained the “prevailing belief is that clean energy supply investments” are “the primary focus of decarbonization efforts.” Such investment remains important, he continued.

However, the “study clearly shows that utilities can’t overlook the power of their customers in delivering needed change.” Faruqui concludes, “The aggregate impact of individual utility customer actions on decarbonization” is “one of the fastest and cost-effective ways for utilities to make progress toward their climate change goals.”

The customer action expected to bring the largest carbon reduction after 2030 is the switch to electric vehicles. Researchers base this on the prediction that the number of EVs will quadruple between 2030 and 2040.

One example of a demand response program is provided by CPS Energy. The Texas-based utility developed a program to encourage customers to conserve energy on hot summer days. The initiative involved providing information to consumers during televised weather forecasts about upcoming hot temperatures. Consumers then receive updates on how much energy they have saved. They also get to see how much energy they’ve saved compared to their neighbors. The program was initially intended to help customers save during peak demand. But the project worked so well that CPS now sees it as an element in its strategy to reach net-zero carbon emissions.

One challenge for utilities in encouraging customer engagement is ensuring that all households have equal access to energy-saving programs and resources. Studies show that low- and middle-income customers, in particular, are less likely to know about efficiency programs. They’re also less likely to purchase smart meters and other technology that plays a central role in demand response.

Research published by Uplight in May 2021 found that 10% fewer low- and medium-income customers purchased LED light bulbs than high-income customers. The difference in smart meter purchases between the two groups was 13%.

How does this affect consumers?

For electricity utility customers, Brattle Group’s research provides a reminder of the steps they can take to reduce their carbon emissions. You may notice in the months and years to come that energy providers offer a growing number of energy efficiency programs for you to participate in. As one energy analyst put it, “the customer will soon no longer be just a customer, but rather closer to a partner.”

If you work for a utility, the research could influence your company’s emissions reduction plan. The findings encourage companies to design energy-saving programs that include customers. For longer-term progress towards net zero, substantial investments in infrastructure remain critical. Utilities will have to find ways to balance both approaches.