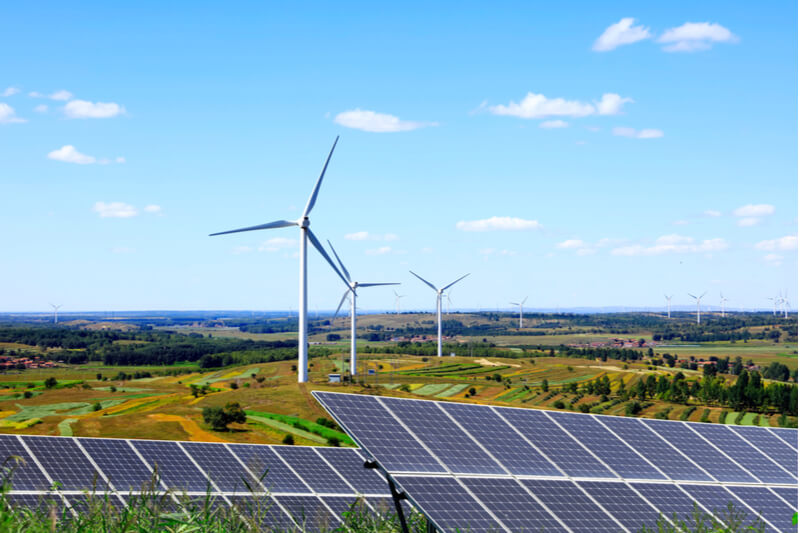 A new study by the Rocky Mountain Institute (RMI) suggests solar, wind, and storage facilities are outperforming natural gas. The RMI investigated future plant construction in the ERCOT and PJM markets. The goal was to pinpoint which power sources will receive investment money in the future.

The RMI noted the interconnection queues offer “a leading indicator of market trends for new power plants.” According to the RMI, the investment money going to each type of power source reveals where the market is headed.

“Over the past two years, interconnection queue data from PJM and ERCOT have shown a drastic shift away from new gas and a steep rise in renewable energy projects,” wrote the RMI. “In these two regions, investors finance projects based on expected returns in the competitive market—not based on expectations of cost recovery allowed by regulators of monopoly, vertically-integrated utilities. In other words, this trend represents the shifts in internal risk and reward calculus among investors in highly competitive markets, and reflects a market-based, consensus view of the underlying economic value of different power sources.”

The report noted that there are future plans for 10 times more solar, wind, and storage projects than gas projects across Texas and the northeast. Companies have abandoned gas projects worth more than $30 billion since 2018.

According to the RMI, a major factor behind this trend is that renewables are more economically competitive. The latest Department of Energy data on the costs of battery storage, solar, and wind generation shows that 90 percent of gas plants may not be able to compete with renewables by 2026. This assumes renewable costs continue to decline in line with their historic rates.

As a result, energy investors have become more reluctant to invest in new gas plants for fear that they won’t secure long-term returns.

Natural gas plants typically have a life cycle of 40 to 50 years. The RMI warns that investors who continue supporting natural gas plants could see with stranded assets. This includes plants that no longer turn a profit and shut down as a result.

Their solution is to promote more free competition in energy markets. The RMI believes this will drive the shift towards renewables.

What about the Texas economy?

The oil and gas sector in Texas could have an issue with the RMI’s projections. Many important players in this sector argued that the Lone Star State’s projected economic growth in the future will ensure that natural gas continues to play a major role. Many believe renewables alone won’t be able to keep up with energy demand.

Entergy, for example, recently committed to a target of net zero emissions by 2050 across its operations. The company noted that natural gas would remain essential to maintaining a reliable grid in the future. Natural gas will continue to account for most of Entergy’s power generation through 2030, according to chief operating officer Paul Hinnenkamp.

Hinnenkamp added that future gas plants could cut carbon emissions as technology develops. These developments could include deploying carbon capture or burning hydrogen. “We are building highly efficient, state-of-the-art assets,” he explained. “These will not be stranded assets.”

Figures from the Energy Information Administration back up the assumption that natural gas will continue to play an important part in the Texas energy mix. The EIA estimates that natural gas production in Texas will rise 50 percent by 2050. While much of this rise will likely be used to meet demand for exports, it suggests the state will have a large supply of natural gas to fuel its power plants.

However, researchers at the University of Houston suggest that monetary investments will not be the only factor influencing the future of natural gas. The growth of natural gas as an energy source seen over the past decade is likely to slow, they say. These researchers explained this is because of “both because of public resistance to building new pipelines to bring gas from the state’s shale drilling fields to the state’s population centers and because of growing environmental concerns about damaging methane released by flaring.”