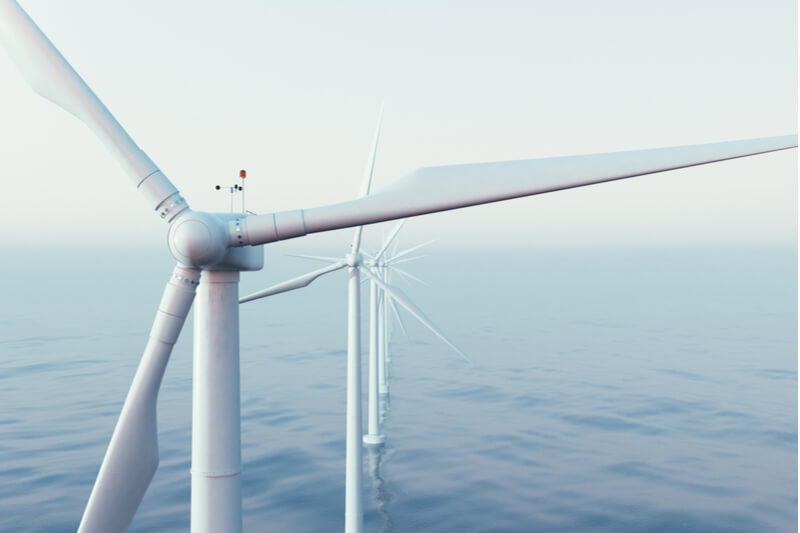 Several states on the U.S. east coast are shifting power generation towards renewable energy. Texas’ successful wind power sector is the largest of any state in the country. It could soon serve as an offshore wind model for New York, New Jersey, Virginia, and other eastern states.

One challenge confronting these states is the lack of energy transmission capacity. East coast states have set a goal of expanding offshore wind generation by 29 gigawatts over 15 years. Major global players have indicated their interest in building large-scale offshore wind farms. But connecting these new power sources to the grid will require a huge infrastructure expansion.

A recent Federal Energy Regulatory Commission conference discussed offshore wind. The conference emphasized the need to find a model to share the cost of infrastructure buildout. This model would enable offshore wind installations to reach their full potential.

Stuart Nachmias, CEO of the transmission unit of New York utility Con Edison, summed up the problem in his opening remarks. Nachmias told the conference, “The current ‘generator-lead’ approach that states have used to date is unsustainable.” This current approach involves individual offshore wind projects and purchasers funding the building of transmission corridors.

Texas dealt with a similar difficulty in the 2000s. At the time, the huge growth potential for wind power development in the western part of the state was clear. However, because most Texans live in the east, the transmission lines had to be expanded to bring the power to market.

Texas legislature adopted Senate Bill 20 in 2005. This bill instructed the Public Utility Commission and the ERCOT to integrate wind power onto the grid. The PUC was ordered to set up Competitive Renewable Energy Zones (CREZ). The PUC also had to develop a plan to move energy from CREZ to consumers in the state.

The idea was that if zones were identified where large quantities or wind power could be generated, the benefits would justify ratepayer investments in transmission infrastructure. The investments would connect the energy to the grid.

The PUC designated five CREZ in 2007. Construction on transmission infrastructure began in 2010.

“(T)he key point here was the legislature said that once you approve those transmission units; they can be built in advance of the generation actually signing these contracts for transmission-level service,” explained Warren Lasher, ERCOT’s director of system planning. “The way it was put into the parlance of the legal document was the need for the transmission assets did not need to be established; the need was established through the CREZ hearing itself.”

A 2017 webinar noted that one critical element of CREZ’s success was that various players in the energy sector worked together. Jeff Billo, senior manager for transmission Planning for ERCOT, explained the collaboration between stakeholders and the elimination of transmission bottlenecks led to the success of the project.

The combined investments in CREZ amounted to more than $6 billion. These major investments produced more benefits than initially expected. The ERCOT grid surpassed all its wind energy targets ahead of schedule. By 2017, it had added 70 percent more wind power than planned.

“When we look back on the investment in CREZ, it will be one of the most visionary investments the state has ever made,” commented Jeff Clark, executive director of the Austin-based Wind Coalition. Today, ERCOT’s 27 gigawatts of generating capacity is more than three times greater than Iowa, the number two state for wind power.

CREZ investments have not only benefited wind energy. The expansion of transmission lines also helped bring a significant amount of solar power onto ERCOT’s grid.

One challenge standing in the way of the east coast states achieving similar successes is the difficulty of coordinating transmission buildout across various grid operators. Since ERCOT manages about 90 percent of the Texas grid, it was able to implement CREZ without becoming involved in conflicts with other states, regional, and federal entities.

By contrast, as the energy innovation think tank noted in early 2020, the Bureau of Ocean Energy Management (BOEM) would have to intervene and work with various eastern states to develop new transmission infrastructure to serve as “an offshore transmission backbone for wind.”