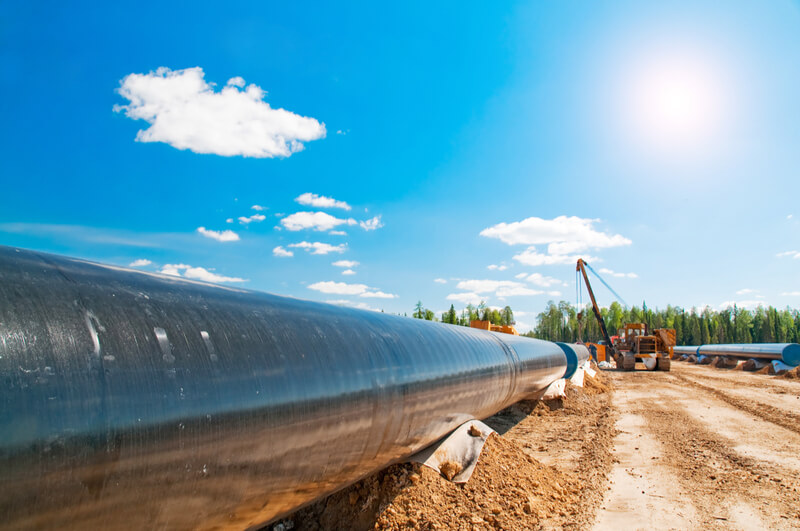 A new study revealed the contribution made by the Texas pipeline industry to the state’s economy. In an investigation commissioned by the Texas Pipeline Association, researchers at Texas Tech University found that the oil and gas pipeline industry employed over 238,000 workers in the Lone Star State in 2019. The sector had an economic impact of $48.6 billion and generated $2.7 billion in revenue for the state treasury.

The TPA completed the initial stage of the study in 2014. This study examined the impact of midstream oil and gas services on the economy. Over the past six years, Texas pipeline mileage increased by more than 13 percent. Also, employment levels have risen 40 percent compared to 2013 levels.

The TPA argues this shows how new pipelines are critical to supporting the economy and improving sustainability. Counties receive on average $12,350 in property tax for every mile of pipeline crossing their territory, according to TPA president Thure Cannon. A 20-inch pipeline running through a county removes 1,600 trucks from the road each day, Cannon added.

The TPA expects the pipeline industry to continue to grow over the years. But it insists this will not have a detrimental impact on the environment. The organization says improved technology can reduce the emissions from oil and gas production.

“We’ve already reduced emissions while producers increased production and increased transportation,” said Cannon. “We look for innovative ways to capture emissions – we’d rather capture and market them, but that’s not always possible.”

The TPA has also formed the Texas Methane and Flaring Coalition with several other oil and gas groups. The Coalition’s goal is to find ways to reduce gas flaring. The practice declined temporarily earlier this year during the lockdowns caused by COVID-19. But flaring will likely remain a major problem as oil and gas production ramps up again.

Jim Keffer is a former state representative and chairman of the Texas House Energy Committee. Keffer agrees that pipelines are making a positive contribution. In addition to allowing Texas and the U.S. to secure their energy independence, he argues that building new pipelines is essential to limit environmental damage caused by practices such as flaring.

Keffer notes that flaring has recently reached an all-time high in the Permian Basin. “This widespread waste of a valuable commodity is the result of persistent infrastructure challenges, a lack of enough takeaway capacity and natural gas storage and an unexpected outage on a key pipeline in the area,” he wrote.

Unless more pipelines are built, producers will either need to continue flaring or shut down wells, Keffer added. This would force some areas to increase the amount of liquified natural gas they import.

Environmentalists do not share the TPA’s enthusiasm for expanding pipeline construction. Several environmental groups worry about a lack of regulation for large pipeline companies. There are also concerns that several projects designed to transport oil and gas will damage protected land.

One example is the Permian Highway Pipeline, which will carry natural gas from Midland in the Permian to the Gulf Coast. Opponents of the project are angry that the pipeline’s route passes through the Hill Country, an area renowned for its natural beauty.

“It should cause most Texans to be ashamed of the fact that we give private industry a blank check and be able to run roughshod over private landowners, our cities and towns and counties,” commented Katherine Romans, Executive Director of the Hill Country Alliance. “No one is involved in routing decisions for these pipelines until the route has already been selected and the company for all intents and purposes is ready to start construction.”

Kinder Morgan is the company behind the Permian Highway Project. In July 2019, the company filed a lawsuit against the city of Kyle after officials try to regulate pipeline construction. Shortly afterwards, officials in Kyle declared they needed to reach a compromise with the company because they could not afford to fight the legal case.

A coalition of rural landowners and environmental groups pointed out that Texas has no formal regulatory process for deciding on a pipeline route. There are also no requirements for public consultation.

Despite the protests and legal challenges, Kinder Morgan is preparing to bring the pipeline online in 2021.