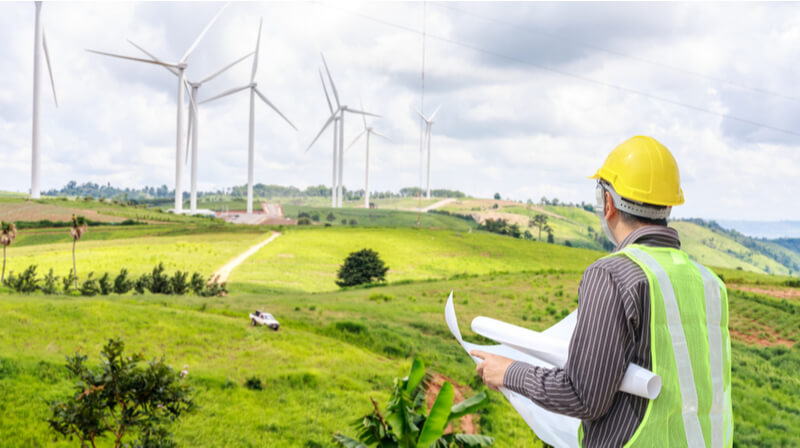 Wind power generation was effectively tied with coal output in Texas during 2019, with the two energy sources accounting for 20 and 20.3 percent of the Lone Star State’s total energy production respectively. Trends for 2020, which include a significant rise in wind power facilities and the retirement of coal power plants, suggest that wind will emerge as the second most important source of power generation this year behind natural gas, pushing coal into third place.

Despite the significant increase in wind power generation, which shot up from 3 percent in 2007 to 20 percent last year, Texas still relies on natural gas for the largest portion of its energy needs. Natural gas generation accounted for over 47 percent of total energy produced in 2019, and projections indicate that capacity will rise again this year.

What is causing the decline of coal in Texas?

Some observers have warned against the tendency in some media reports to put the decline of coal in Texas down to wind’s rise. Wind power capacity certainly grew during the 2010s, driven above all by the policy decision to establish Competitive Renewable Energy Zones (CREZs) in western Texas, which helped facilitate a huge expansion of transmission infrastructure to move wind energy to large urban markets.

But according to the University of Houston’s chief energy officer, Ramanan Krishnamoorti, the main cause for the slump in coal energy output is the growth spurt over recent years in the natural gas sector.

“While wind has grown considerably, especially early in the last decade, the decline of coal has largely been due to a resurgent natural gas industry,” wrote Krishnamoorti. “The data for Texas’ power production over the last three years indicates that coal has instead been replaced largely through the growth of natural gas and only to a small extent due to wind. Specifically, the growth of high efficiency combined cycle natural gas production has driven most of the surge to replace aging coal assets.”

Krishnamoorti adds, however, that the growth of natural gas is likely to slow over the coming years. This will open up opportunities for wind and solar power to further expand their energy share, especially as overall energy needs in Texas rise with increased use of electric vehicles and a greater reliance on electricity for industrial power.

“If wind can just maintain where it is, it’s going to surpass coal in 2020,” he said. “It’s a question of, can it get that next bump up to sort of go through this significant expansion.”

Krishnamoorti believes that utility-scale solar has the best prospect to pick up the slack. That’s mainly because many large solar projects are currently being worked on in locations near large population centers, which removes the need for expensive build-outs of transmission infrastructure to get the power to market.

Wind power to continue expansion through 2020

ERCOT’s figures for energy projects currently in the pipeline strongly suggest that it’s only a matter of time before wind surpasses coal. While 27 percent of the planned projects in the ERCOT area are wind power facilities, there are no plans to build any new coal plants.

“The key is for wind generators to build enough capacity to meet peak demand, especially along the Texas Gulf coast where the wind blows during the afternoons when demand for power is at its highest,” explained Ed Hirs, an energy economist at the University of Houston. “Then we can see wind finish the job and push coal off the grid.”

Hirs adds that wind operators will receive a boost from the increased presence of battery storage on the ERCOT grid, which will allow wind power to be stored more effectively for periods when it isn’t blowing.