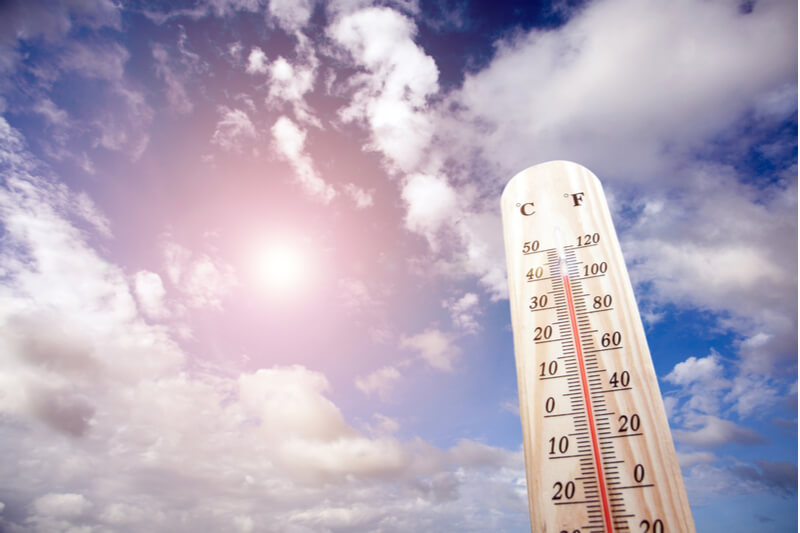 After the February winter storms left more than 4 million Texans without power during freezing temperatures, many looked to the Electricity Reliability Council of Texas – or ERCOT – for an explanation. Energy demand rose while temperatures fell, so the state’s power grid manager began implementing rotating power outages. While this move was intended to help level out supply and demand, many Texans were left without power – or heat – for an average of 42 hours.

Summers in Texas are hot, a fact that is unsurprising for anyone who has ever set foot in the Lone Star State in July. Historically, energy demand spikes in the summer months when residents and businesses rely more on air conditioning to keep cool.

Following the February winter storm and the criticism towards ERCOT, many residents took to Twitter to voice concerns about whether the grid manager would be able to handle the summer energy demand in Texas.

So, how did the grid manager handle summer energy demand? Here’s what happened – and why it matters.

The summer began in May when ERCOT released predictions that Texas would experience record energy demand in the coming months. It stated this increase in energy demand would be caused by “expected hot and dry conditions and continued economic and population growth throughout the region.”

Energy generation in Texas was able to meet the demand throughout the month of May. This was a welcome surprise to many residents following an unexpected conservation request that ERCOT issued in April. It’s worth noting that ERCOT’s official press release stated that it was not requesting conservation efforts on April 14, despite what its Twitter account reported on April 13.

Temperatures in June began to increase, which is expected in Texas. Towards the middle of the month, a heat wave hit the state, setting a new June record for energy demand. ERCOT issued a conservation request, urging consumers to reduce their energy usage from June 14 to June 18.

According to ERCOT, “A significant number of forced generation outages combined with potential record electric use for the month of June has resulted in tight grid conditions.” Approximately 11,000 megawatts of generation were offline at this point for repairs. ERCOT’s Vice President of Grid Planning and Operations said there would be an investigation into why “so many units are out of service.”

The conversation request asked energy consumers to set their thermostats to 78 degrees or higher, turn off their lights, and avoid using large appliances. Despite this request, the energy demand in the state neared the amount of electricity that was being generated.

The heatwave and conservation request left many Texans concerned about ERCOT’s ability to properly manage the grid. After the disastrous power outages in February, many consumers in ERCOT’s service area took to Twitter to question why the grid manager was not better prepared for the summer heat.

On June 15, ERCOT released a statement reassuring consumers that the grid would remain strong during the high energy demand. “The grid is operating exactly as it was designed and intended. The issuance of conservation notices is a common practice and prevents ERCOT from entering emergency conditions,” ERCOT said.

Despite the backlash that came from the conservation request, ERCOT did not need to implement power outages – as it did in February – to balance supply and demand. The grid manager’s interim CEO Brad Jones stated this was because “simple conservation efforts really do make a difference.”

On July 13, ERCOT revealed its Roadmap to Improving Grid Reliability. This roadmap includes requiring CEO certifications, updating requirements for energy generators, and implementing new testing procedures. It stated many of these updated procedures were already underway.

ERCOT did not need to issue conservation requests in July and was able to maintain the proper energy supply to meet demand.

ERCOT did not issue any conservation requests in August and there was enough energy produced in the state to meet demand. The grid manager did not release any additional information or updates throughout the month of August.

So, how did ERCOT handle summer energy demand? Overall, the grid manager was able to limit its conservation requests to five days in mid-June and did not have to begin rotating power outages. However, there is still an obvious distrust for consumers who feel ERCOT should have improved the reliability of the grid by now.

The February winter storm was unexpected and it was less surprising – although still alarming – that the Texas power grid was so unprepared for the extreme cold. But the conservation request in June left many Texans wondering how the power grid was also struggling with the heat. Austin resident Erik Jensen told the New York Times, “I definitely don’t want to go through what happened in the winter storm again. That scared me.”

With the reliability of the Texas power grid still in question, some consumers have turned to home energy generation as a solution. Home solar panels are on the rise across the Lone Star State, which allow consumers to produce and store their own electricity so they are less dependent on the energy grid.

Caitlin Ritchie – Energy Expert
Caitlin Ritchie is a writer and editor within the energy industry, specializing in deregulation, energy efficiency, and solar power. Her writing and research have been cited by Snopes, The Washington Post, The American Solar Energy Society, and other major sources. Find more of Caitlin’s work at SaveOnEnergy.com and ChooseTexasPower.org.