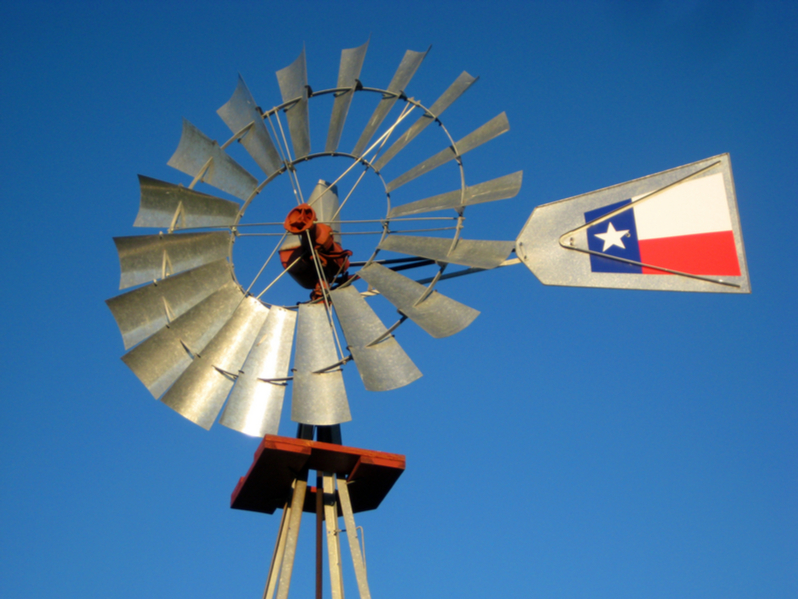 Texas holds the top spot for U.S. wind power, and with the sector providing upwards of 25,000 jobs to Texans across the state, it isn’t backing off its dominance anytime soon. Advantageous winds grace most of the state, though Central and North Texas are the epicenters of the wind revolution.

The United States is home to 57,636 wind turbines. These turbines are spread throughout 41 states, Guam, and Puerto Rico and can generate up to 97,223 megawatts of electricity. In 2018, wind power made up 6.6 percent of the country’s electricity generation. In May, that number had increased to 8.1 percent.

Texas is the number one state for U.S. wind energy generation, making up 26.6 percent of the country’s total generation. The Lone Star State currently has a wind energy capacity of 28,895 megawatts with another 5,322 under construction. Wind energy generated 22 percent of Texas’s electricity for the first half of 2019, up from 18.6 percent in 2018 and surpassing coal as an electricity source for the first time in the state’s history.

Texas is also home to three of the top ten largest wind farms in the world. Roscoe Wind Farm in Sweetwater is the sixth biggest with a total capacity of 781.5MW, followed by Horse Hollow (also in Sweetwater) at 735.5MW and Capricorn Ridge in Sterling City with a capacity of 662.5MW.

Where are Texas’s wind farms?

Wind farms in Texas are scattered throughout the state, most notably in the North and South, with a cluster between Abilene, San Angelo, and Midland where the three biggest farms are located.

Jenna Careri is a writer covering the environment and energy industry. She is a Massachusetts native and graduated from the University of Massachusetts Amherst with a bachelor’s degree in journalism and French.