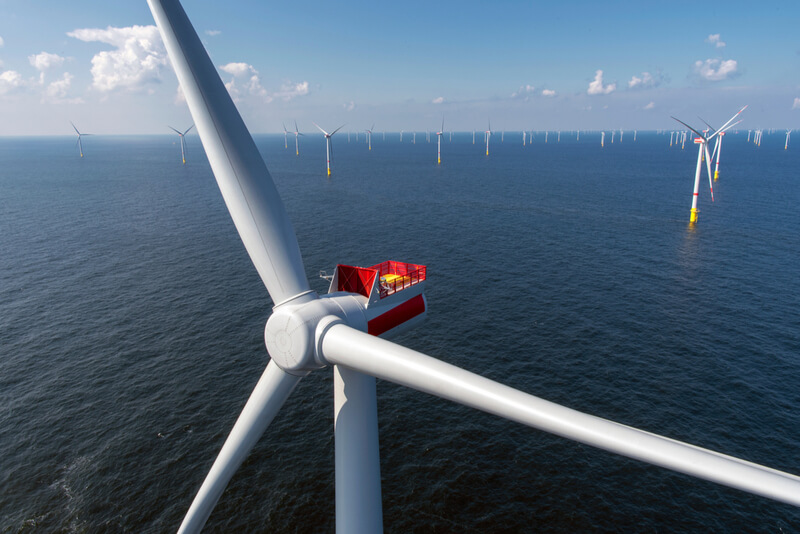 Energy experts and local media outlets believe Texas could benefit from the push towards more offshore wind energy. With the Biden administration’s goal of 30,000 megawatts of offshore wind by 2030, observers say the Gulf of Mexico could become the hub for more wind farms.

The decision by the Bureau of Ocean Energy Management (BOEM) in October to open up lease areas in the Gulf of Mexico has fueled discussion about the role Texas could play. BOEM wants to finalize several lease locations by early 2022. The agency plans to offer leases for sale before the end of next year.

The suggestion that offshore wind could support Texas’ electricity needs is not new. In 2005, a proposal was developed for wind farms across an 11,000-acre expanse of water near Galveston. But the plans stalled due to the natural gas boom that took off in subsequent years. Texas energy investors had little interest in backing a comparatively expensive energy source when natural gas was so abundant and cheap.

Advantages of offshore wind for Texas

One advantage for Texas over other potential locations for offshore wind is that the Lone Star State already possesses a skilled energy workforce. Oil and gas workers could find new employment in the offshore wind sector as the energy industry transitions to renewable power sources. Thousands of workers also have experience working with onshore wind and other alternative energy sources such as solar energy, which is increasingly important in the Texas energy mix.

Oil workers also have expertise that could prove useful for offshore wind sites in the Gulf, say green energy advocates. “For (Texas) offshore oil and gas workers, you can add additional opportunities through offshore wind because there’s so much similarity,” comments Jeff Clark of the Advanced Power Alliance trade group.

Environment Texas, a public advocacy group, agrees. Their recent report estimated offshore wind could provide 166% of the state’s current energy demand. “With strong winds in the evenings when we need energy the most, offshore wind in the Gulf of Mexico would greatly complement Texas’ onshore renewable energy resources and help us achieve 100% clean power,” explained Luke Metzger, executive director of Environment Texas’ Research Policy Center. “We can put the infrastructure and expertise we developed for offshore drilling to work developing this abundant, clean resource.”

The Gulf has shallower waters than other coastal areas, which could simplify turbine installation. Texas wouldn’t have to worry about testing new technologies to support floating turbines like California. The Golden State’s offshore wind plans confront the difficulty that the Pacific Ocean is extremely deep off the west coast.

Drawbacks for offshore wind in the Gulf

Several hurdles for the offshore wind industry in Texas could pose problems. The wind that blows in the Gulf is less consistent than the gusts recorded on the Atlantic coast. Turbines in the Gulf may be less efficient in producing wind energy than their counterparts on the Eastern Seaboard.

Developers would also need to find solutions to cope with the threat of damage to turbines in the hurricane-prone Gulf. This challenge was recently cited by the National Renewable Energy Laboratory. The NREL noted that developers would need to design turbines capable of producing energy with low wind speeds and withstanding gusts of over 100 miles per hour. On the plus side, researchers predicted that offshore wind in the Gulf would be economically competitive without subsidies by the early 2030s.

Another challenge is that other states are moving faster to take advantage of offshore wind. In November 2020, Louisiana set up an offshore wind task force. Organizations and media outlets in Texas, like Environment Texas and the Houston Chronicle, are calling for Gov. Greg Abbott to do the same.

What does this mean for consumers?

The offshore wind debate is still in its early stages, so Texas electricity consumers won’t notice a huge immediate effect. But things could change if the industry takes off in the Gulf. Electricity customers may end up having an easier time accessing carbon-free, or at least net zero, Texas energy plans.

For energy workers, the offshore wind industry could soon offer a new employment opportunity. According to a study conducted in 2020 by the federal Bureau of Ocean Energy Management, one wind farm with a capacity of 600 megawatts can sustain up to 4,470 jobs. The NREL estimated that the Gulf could support up to 500 gigawatts of power generation from offshore wind. This amounts to twice as much energy as the Gulf states require.