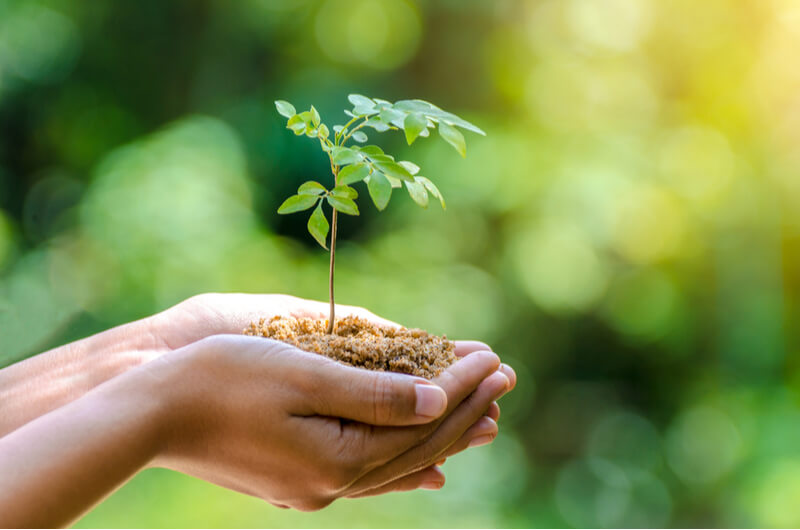 This Earth Day marks another year of growth for renewable energy in the U.S. Nationally, wind energy generation has grown 6.6 percent since last year. Meanwhile, solar power has increased 21.7 percent across the country.

As more energy consumers turn to renewable energy plans, green power sources should continue to rise in popularity and availability. So, how does renewable energy help the environment? And where is it growing the most? Choose Energy® is here with an Earth Day report.

How does green energy help the environment?

There are several different types of renewable energy sources that can create electricity. Among the most common are solar and wind energy, but there are also biomass, geothermal, and hydropower sources.

The main factor that sets green power sources apart is that they do not release harmful chemicals – often called greenhouse gases – into the atmosphere. Fossil fuels such as coal and oil are responsible for most greenhouse gas emissions, including carbon dioxide.

Gases such as carbon dioxide make their way into the atmosphere and break down the ozone layer, which is a protective layer separating the Earth’s surface from ultraviolet (UV) radiation produced by the Sun. These levels of powerful radiation can cause skin cancer, harm the human immune system, cause significant damage to ecosystems, and endanger plant and animal species.

While all power sources are responsible for some environmental impact, choosing a green energy plan or opting to install your own solar panels can help you lower your home’s overall carbon footprint and better the environment.

The difference between green and renewable energy

A prime example of this difference in action is biomass – which is organic material from plants and animals. A very common form of biomass energy is wood, which we can burn to create fire. While trees naturally grow to produce firewood, burning biomass power sources does release carbon dioxide into the environment. So, while biomass is a form of renewable energy, it is less “green” than other power sources, such as wind or solar.

Which states produce the most green energy?

There are several states that lead the nation in green energy generation. But the #1 spot depends on the type of energy being considered. For wind energy, Texas leads the nation by far. Here are the top ten producers of wind power as of this month, shown in thousand megawatt-hours:

As for solar power, the leading states differ slightly. Since last month’s report, solar power has risen 7.2 percent across the country. California currently leads the country in solar power. Here are the top ten states for solar energy generation as of this month, shown in thousand megawatt-hours:

Is nuclear energy a renewable source?

Nuclear energy is also very prominent in the U.S. electricity mix. This energy type sits in a gray area when it comes to whether it is “green,” “renewable,” both, or neither.

When it comes down to it, nuclear energy is often considered to be non-renewable – while the power produced by nuclear plants is renewable, the fuel required to run those plants is not, setting it apart from power-producing infrastructure such as wind turbines.

Here are the top states in nuclear energy generation from this month’s report, shown in thousand megawatt-hours: