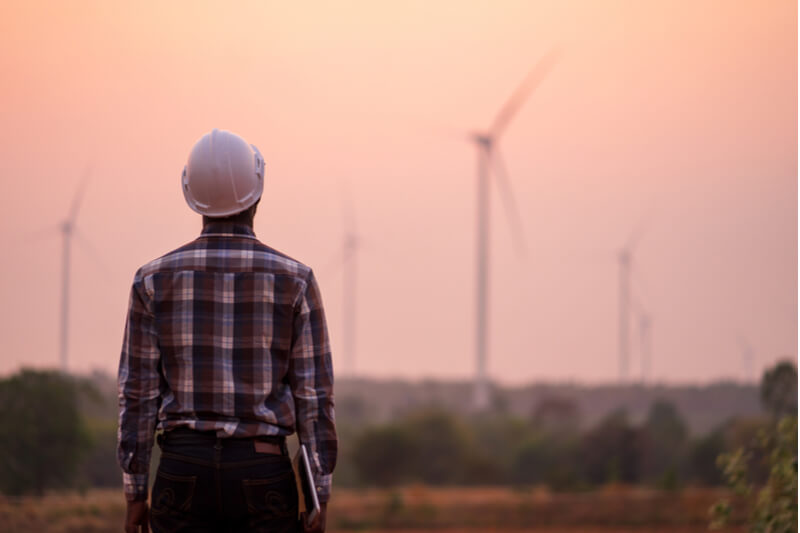 Election Day is November 3 – less than one week away. And while there are many important issues on the ballot, wind turbines emerged in the most recent debate as a particularly divisive issue.

In states such as Texas, wind turbines play a major role in the job market and economy. Texas leads the nation in wind energy generation and currently has 160 online wind projects contributing to the state’s electric grid.

In this presidential election rundown, Choose Energy will focus on wind turbines, their environmental impact, and the role wind plays in the Texas energy industry.

However, that answer is oversimplified. Wind turbines are far from the leading contributor to bird deaths. In fact, cats, vehicles, and buildings contribute to bird deaths far more than wind turbines. Consider the following statistics from the U.S. Fish & Wildlife Service (FWS):

The two main reasons for why turbines can pose a threat to birds are location and design. Many older wind farms were constructed in locations that disrupt birds’ migratory patterns and natural habitats. Recently, the FWS developed a scientific method for identifying locations for wind farms that are less harmful for birds.

In terms of turbine design, many wind producers have made technological improvements to turbine blades that could minimize bird deaths further. These improvements include simple solutions such as installing lighting on the turbines and experimenting with colorful blades to allow birds to see them easier. More advanced techniques involve installing radar and GPS to detect bird flocks and turning the turbines off to allow birds to pass through safely.

The main takeaway: Turbines can kill birds, but cats are by far the biggest culprits, followed by many other human-caused factors.

Are wind turbines harmful to the environment?

In the recent debate, President Trump said, “The fumes coming up to make these massive windmills is more than anything that we’re talking about with natural gas.”

The short answer: Wind turbines (which differ from “windmills,” which produce grain) generate cleaner energy than coal or oil, but outdated turbine blades can negatively impact the environment.

Wind projects do emit pollutants while being constructed. However, after they are completed wind turbines emit about 0.4 ounces of carbon dioxide per kilowatt-hour generated over their lifetime, according to the Energy Department’s National Renewable Energy Laboratory. In contrast, natural gas produces 58 times more carbon dioxide emissions at 22.6 ounces per kilowatt-hour. Further, coal produces 90 times as much carbon into the atmosphere than wind energy.

Emission levels aside, there are concerns over how much waste turbines produce. Wind turbines’ blades are made up of composite glass or carbon material, which are not recyclable and are difficult to dispose of when they break or become too old to function properly.

Outdated turbine blades typically end up in landfills. According to NPR, more than 720,000 tons of turbine blade material will be thrown away in the next 20 years. Once these blades reach the landfills, they take up a massive amount of space, contributing to a growing waste issue in the U.S.

All this said, the clean energy generated by wind turbines does offset much of the environmental issues caused by blade waste and initial carbon emissions during construction. A typical wind project will offset its initial carbon footprint through producing clean energy within six months or less.

The main takeaway: Every type of power source has drawbacks, and wind energy is no exception. While wind turbines can lead to issues with disposal and affect surrounding environments, the clean energy they generate typically offsets these impacts and is much more sustainable compared to fossil fuels.

Are wind turbines too expensive?

Another claim made by President Trump in the latest debate was that wind energy is “extremely expensive.”

The short answer: Wind energy cost has reached record lows and is one of the cheapest forms of energy available.

Wind turbines have gone through several changes over the years to make them as efficient and cost-effective as possible. These innovations have paid off in recent years and the cost of wind energy has decreased dramatically.

Wind energy hit an all-time low in 2019 with an average cost of two cents per kilowatt-hour for new projects.

According to Energy.gov, “Because the electricity from wind farms is sold at a fixed price over a long period of time (e.g. 20+ years) and its fuel is free, wind energy mitigates the price uncertainty that fuel costs add to traditional sources of energy.”

Additionally, wind energy prices have fallen below the cost of many other forms of energy, including coal and oil prices. A report by the Energy Department’s Lawrence Berkeley National Lab states, “Land-based utility-scale wind is one of the lowest-priced energy sources available today.”

Experts point to the falling cost of wind energy – as well as the decreasing price of solar – as the reason why coal and nuclear plants are closing their doors and are being replaced with an increasing number of natural gas, solar, and wind projects.

The main takeaway: The president’s claim that wind energy is very expensive is untrue. In fact, wind power costs have continued to decrease over the past decade and have now reached a lower price than traditional power sources.

How reliable are Texas wind turbines?

During his discussion about wind energy, President Trump said, “It’s very intermittent. It’s got a lot of problems.” Alternatively, former Vice President Biden addressed the renewable energy industry, explaining that his clean energy plan will “create millions of jobs and clean the environment.”

The short answer: Wind turbines in Texas do rely on the wind to blow. However, Texas wind farms are built in locations where they can easily capture wind every day. Also, while turbine blades do not have very long lifespans, the turbines themselves will last between 20-25 years and do not break often.

Wind energy is actually a very reliable form of power and is already a major energy source in the U.S. The Energy Information Administration (EIA) predicts that by next year renewable power sources such as wind and solar will supply more electricity across the country than nuclear and coal-fired power plants.

Further, the EIA estimates renewables could generate more electricity than natural gas by 2045.

Additionally, progress in the wind energy industry has led to an increasing number of jobs. The U.S. wind sector currently employs more than 100,000 workers. And, according to Energy.gov, wind turbine technician is among the fastest-growing American jobs. Estimates predict the wind industry could support more than 600,000 U.S. jobs by 2050.

During the debate, Biden emphasized the growing availability of jobs in the wind industry. While discussing wind energy, he stated, “It’s the fastest growing jobs and they pay good prevailing wages, 45-50 bucks an hour. We can grow and we can be cleaner.”

The main takeaway: Texas wind turbines consistently produce a reliable and substantial amount of electricity in the U.S. As wind technology continues to improve and the cost of wind energy decreases, that percentage will likely increase further.

For more of Choose Energy’s deep dives into the presidential election, see the articles below: